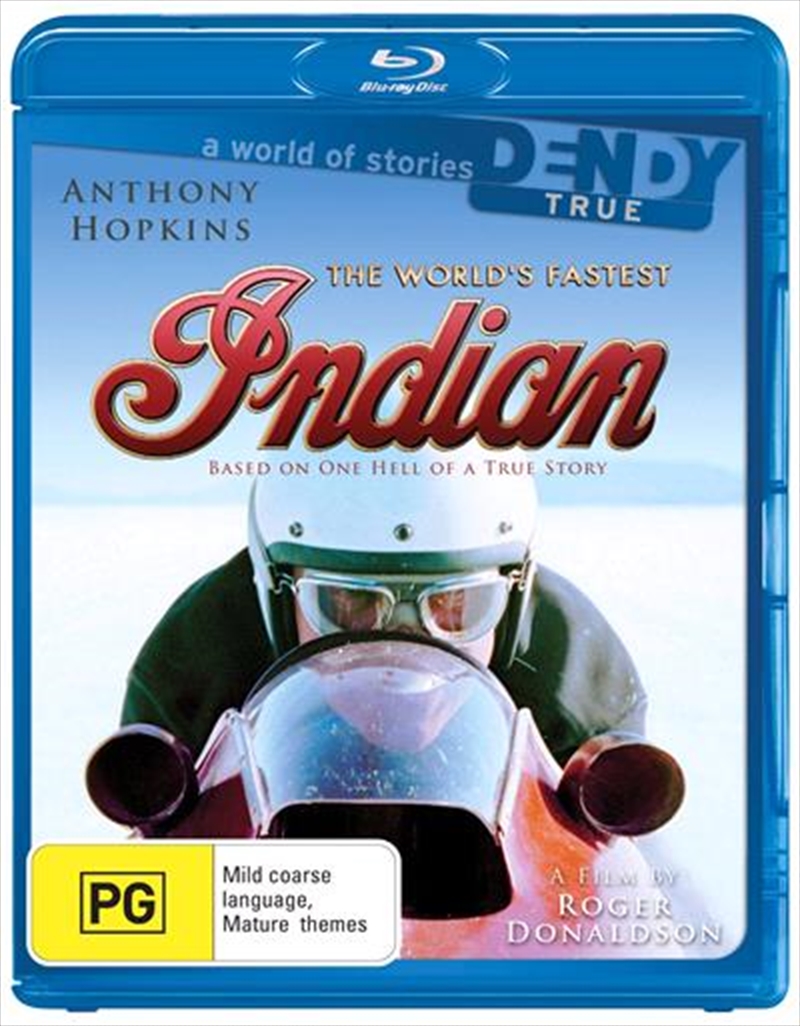 Based On One Hell Of A True Story

Anthony Hopkins stars as Burt Munro, a man who never let the dreams of youth fade. Set in the late 1960's, after a lifetime of perfecting his classic Indian Motorcycle, Burt sets of from the bottom of the world, Invercargill, New Zealand, to clock his bike at the Bonneville Salt Flats in Utah. With all the odds against him, Burt puts his irrepressible kiwi spirit to the test, braving the new world on a shoestring budget. Burt's quest culminates in an unlikely conclusion and remains legendary within the motorcycle community to this day.
TRAILER
DETAILS