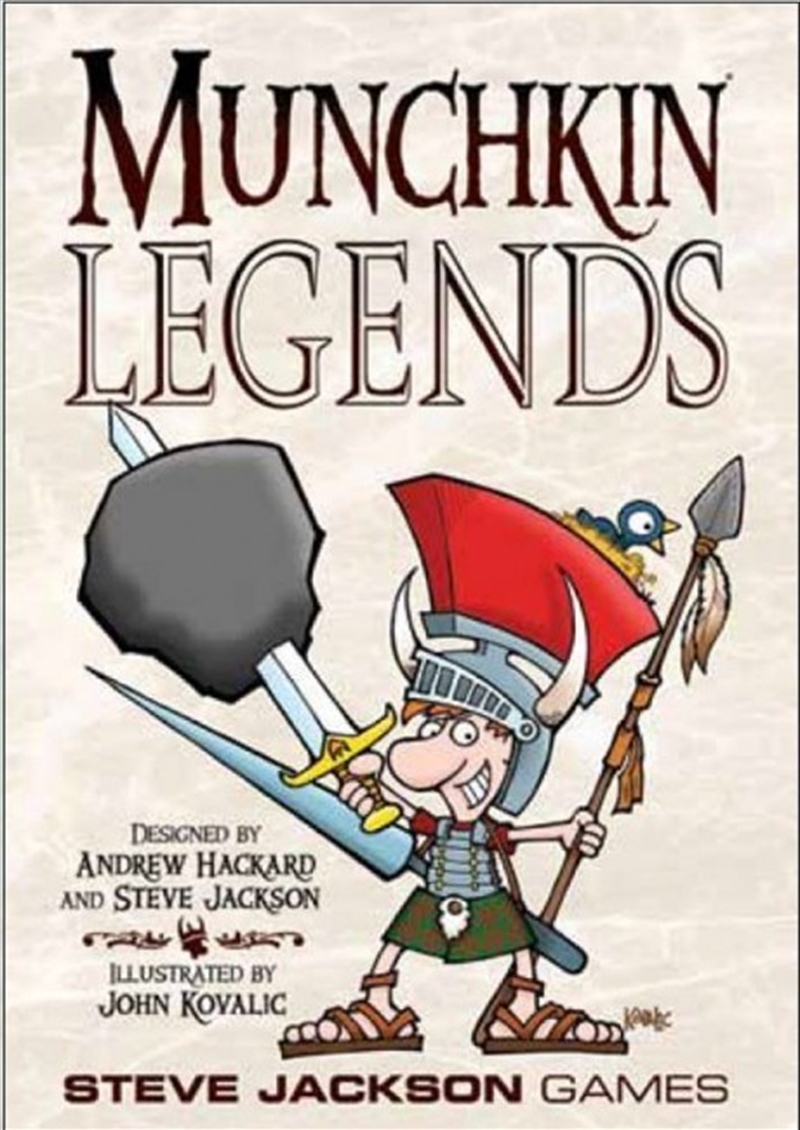 Become a Munchkin of Myth!
Prepare to fight the creatures of legend . . . and take their stuff!

In Munchkin Legends, you’ll face mythical monsters and collect legendary treasures. Challenge the Boogie Man to a dance-off . . . and cheat by wearing Achilles’ Heels. Hide from the spells of the Wicked Witch of the Midwest in your Bermuda Shorts of Invulnerability. And if you think you’re up to it . . . release the Kraken!

Munchkin Legends is a stand-alone set . . . or combine it with the original Munchkin for a legendarily wacky game!

Description: 168 new Munchkin cards, a custom die, and a rulesheet.

Related Products: Munchkin, the various Munchkin sequels and expansions, and all of the Munchkin accessories!

- Do you like mocking movies like Lord of the Rings, 300, and Clash of the Titans? Then you’ll love Munchkin Legends!
- Beat up monsters of myth and legend and take their stuff!