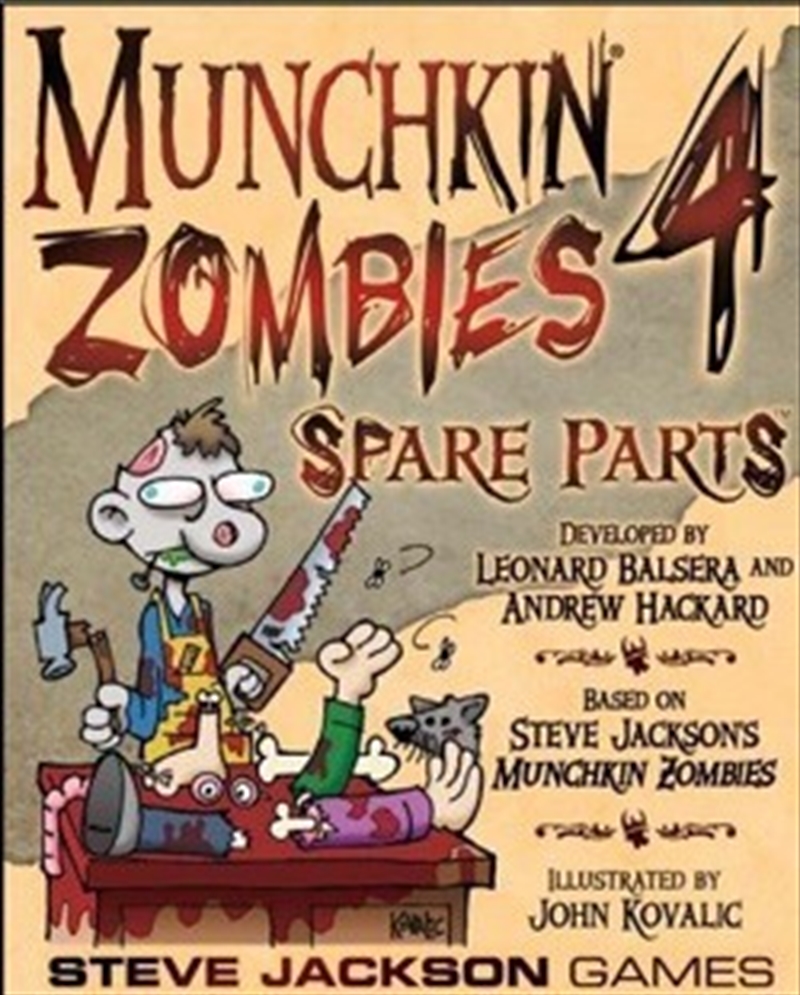 Munchkin Zombies remains an evergreen Munchkin hit – the fans liked it so much that  it’s gone back for six printings in less than three years! And they keep asking for more!

Munchkin Zombies 4 – Spare Parts includes 56 new cards for Munchkin Zombies. Players can take on a new Power, Solo, and show the other zombies on the block who’s boss.

They get fun new Items like Spare Parts and Bowling Gloves, and take on hilarious new monsters like the Surgeon General and The LARPing Dead!

This is an expansion for Munchkin Zombies. It is not a stand-alone game.

Description: 56 cards in a tuckbox.