Wouldn't It Be Great 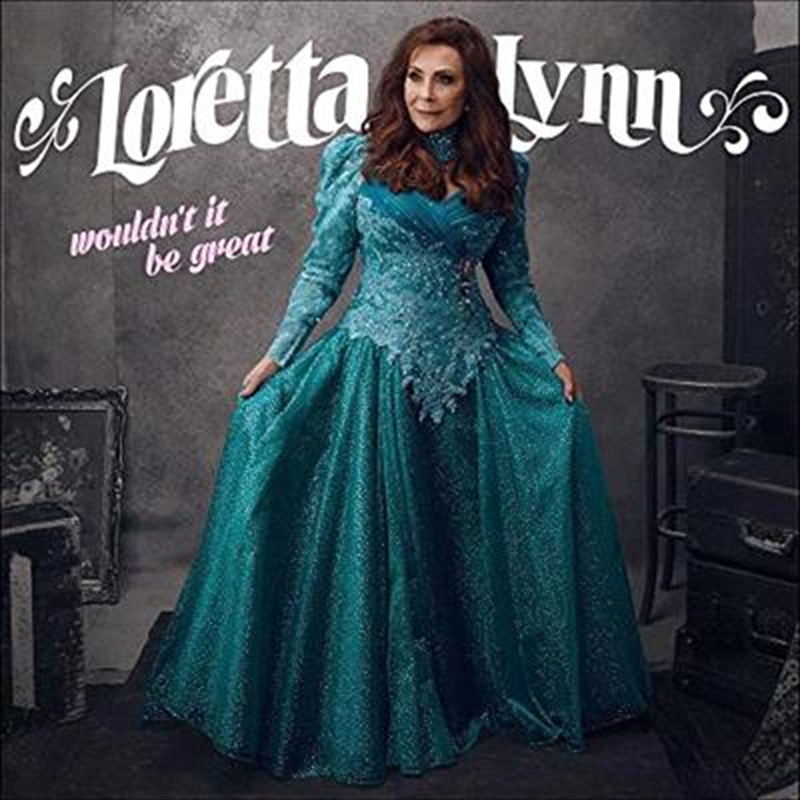 Wouldn't It Be Great

Wouldn’t It Be Great, the eagerly-awaited new studio album from Loretta Lynn, is one of the most deeply personal projects of her career. Originally scheduled to be released in August 2017, this album was put on hold as Loretta worked through recovering from a stroke she suffered in May 2017.

An exploration of Loretta's songwriting, Wouldn't It Be Great finds her sharing the universality of human experience--love in all its intoxication and heartbreak, the abiding things of soul and spirit, the transformative power of music and connecting to the world.

Comprised entirely of songs written or co-written by Loretta, the album premieres new compositions (‘Ain't No Time To Go,’ ‘Ruby’s Stool,’ ‘I'm Dying For Someone To Live For’) alongside select soulful reinterpretations of classics from her catalog (‘God Makes No Mistakes,’ from Lynn's 2004 Grammy-winning Jack White-produced Van Lear Rose) and immortal classics like ‘Coal Miner's Daughter’ (the song Loretta says she's most proud to have written, also the title of her 1976 memoir and subsequent Oscar-winning 1982 film adaptation) and ‘Don't Come Home A' Drinkin' (With Lovin' On Your Mind)," her first of 16 career No. 1 country singles.

Wouldn’t It Be Great communicates the hard truths and spiritual insights Loretta has gathered throughout her life and reflects the resilience that sustains her still. It demonstrates Loretta’s enduring strength, both within herself and within the stories she shares in these songs.

Title: Wouldn't It Be Great

3. I’m Dying For Someone To Live For

4. Another Bridge To Burn