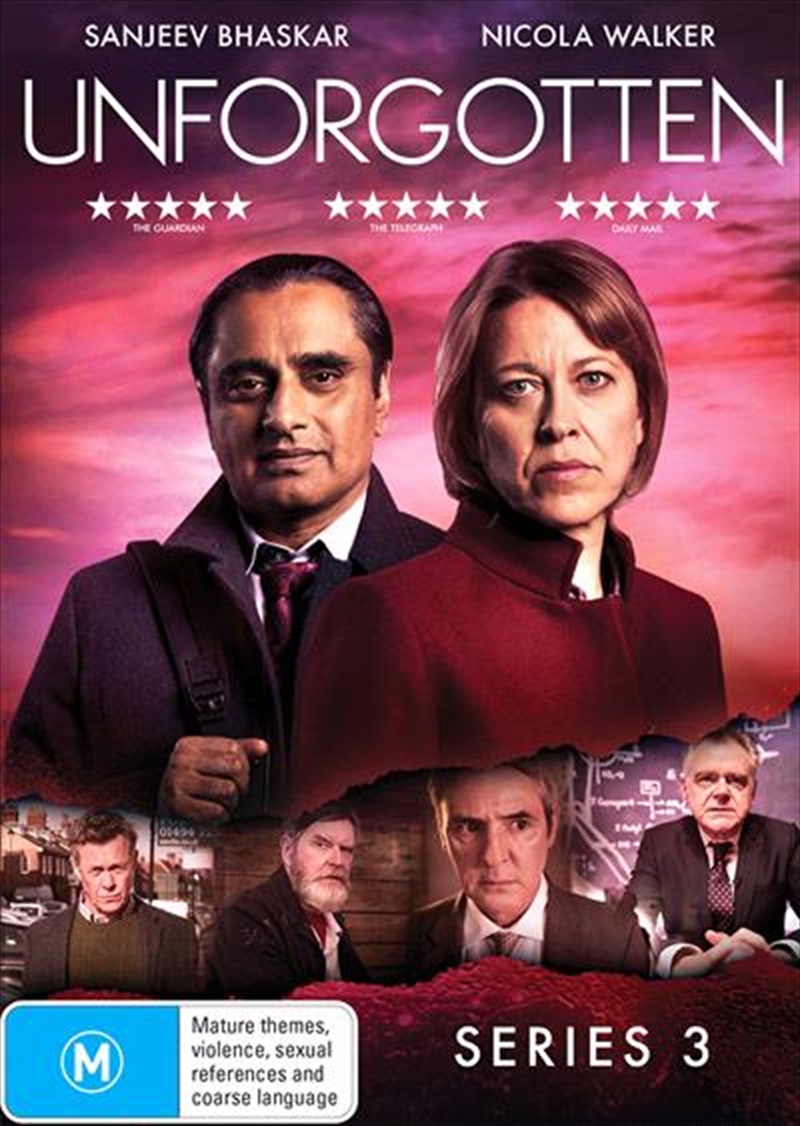 Shipping - See delivery options.
Postcode:
Quantity:
SEE MORE IN:
2 for $40 TV Unforgotten All 2 for $40
DESCRIPTION
Season 3 of Unforgotten will see detectives Stuart and Khan called to investigate a body found at a building site off the M1 motorway. The body is later discovered to be that of 16-year-old Hayley Louise Reid, who disappeared on New Year's Eve in 1999. Over the six episodes, you'll then see the duo delving into the history of the case to try and find exactly what happened.
TRAILER
DETAILS