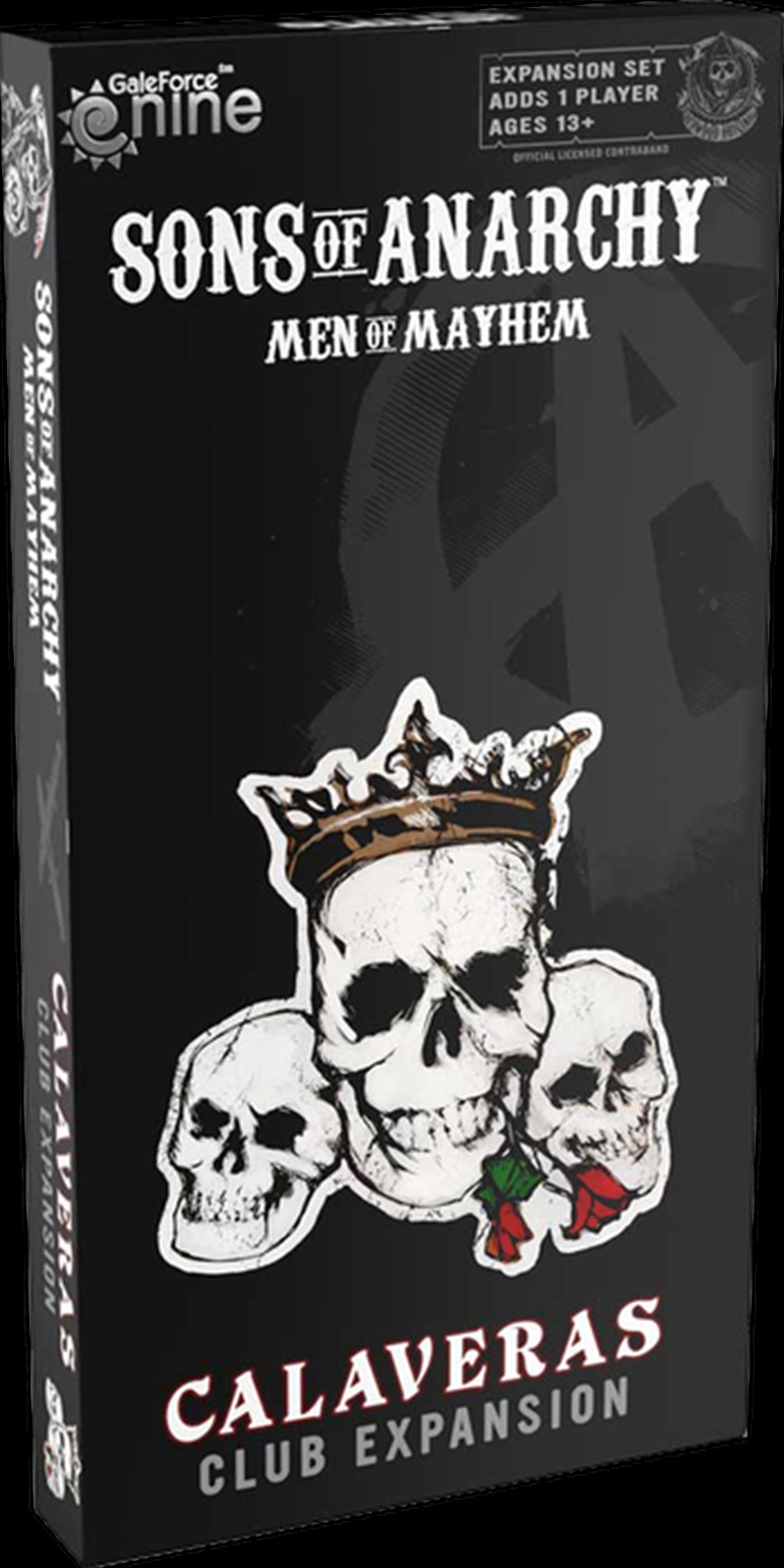 A Club Expansion for the game, The Calaveras contains everything you need to play as a new club in the game or add a fifth (or sixth) player to your dirty dealings!

The Calaveras will do whatever it takes to be the last club standing, with no respect for the law or their rivals. The Calaveras will make sure their message is heard loud and clear when they ambush other clubs. When the Calaveras Issue a Throw Down Order, they may spend an additional Order to prevent all Clubs involved to Call for Backup!

The Calaveras also have little regard for their Prospects, letting them Take the Fall instead of a more valuable Member. Of course the Prospect thinks he’s doing right by the club, but in the end, he’s just a fool.

The Calaveras Club Expansion contains everything you need to add another player to your games of Sons of Anarchy: Men of Mayhem; a Clubhouse Card, a Player Blind, a full set of Dudes, a Club Dice, Tokens, a 5 – 6 player Black Market card, and rules for 5 - 6 player games.

Type: Board Game: Sons Of Anarchy