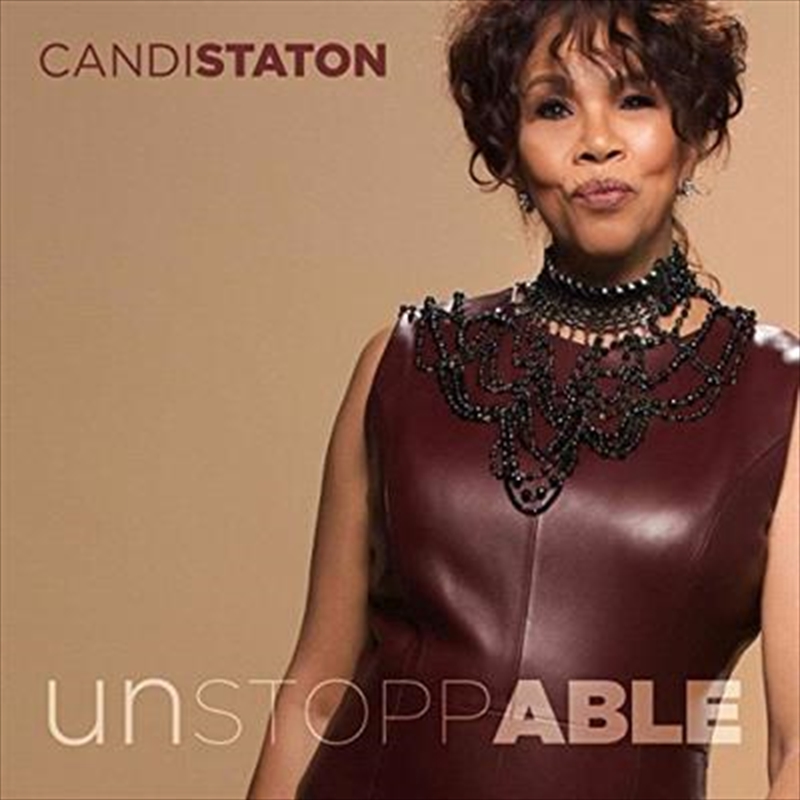 Over the course of her 50-year career, Staton has seen more than her fair share of highs and lows.

She's scored hits in every decade of that span, in styles ranging from R&B ("I'm Just a Prisoner" and her iconic cover of Tammy Wynette's "Stand by Your Man") to disco (the oft-covered "Young Hearts Run Free" and her song-stealing version of the Bee Gees' "Nights on Broadway") to electronic dance music ("Hallelujah Anyway," "You Got the Love").

Along the way, she's had more comebacks than a prize fighter, garnered four Grammy nominations, and won over generations of fans with her powerhouse voice and timeless songs.

'Unstoppable' is both a celebration of Staton's legacy and a bold step forward, with a sound that's funky and contemporary, while steeped in the Southern soul and blues of her Alabama roots.

Featuring an ace rhythm section made up of Staton's sons, bassist Marcel Williams and drummer Marcus Williams (Isaac Hayes, Pointer Sisters), the album reunites the singer with producer Mark Nevers (Lambchop), who helmed His Hands(2006) and Who's Hurting Now  (2009), the critically acclaimed albums for London label Honest Jon's that reestablished Staton as a force.

5. People Have The Power

9. The Prize Is Not Worth The Pain