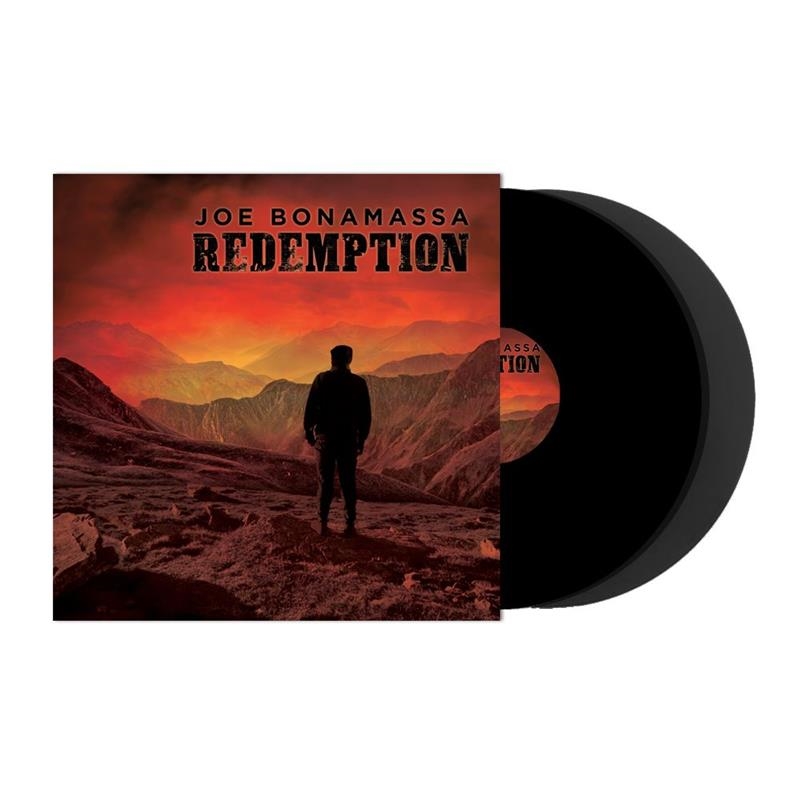 'Redemption,' Bonamassa's 13th solo studio album and third in a row of all original material, sees him at his most ambitious yet as he continues to redefine and push the barriers of blues-rock. It features a staggering collection of 12 songs that weave effortlessly through an assortment of genres and reflect the artistic re-birth that he is currently experiencing.

The album reunites Bonamassa with some of Nashville's finest music minds such as Tom Hambridge, James House, Gary Nicholson as well as Richard Page and American rock and roll legend Dion DiMucci (The Wanderer, Run-around Sue) whom adds his song writing expertise to the Title Track. Joe also continues his long creative relationship with Kevin Shirley and together create an album bigger than ever before.

There is a resounding theme of redemption and salvation on the album, but also very much a sense of strength and empowerment. "We all need to be redeemed at some point in our lives. It's this yearning to redeem yourself after just this tremendous loss and this tremendous feeling of pain," explains Bonamassa.

Bonamassa is at his ultimate creative peak with Redemption, which follows the recent release of his last live masterpiece, British Blues Explosion Live, that debuted at #1 on the Billboard Blues Chart and marked his 20th #1 album. Bonamassa's fire is unstoppable both in the studio and live on the road. Joe will also be performing live on Tour this summer and Fall in North America as he debuts new tracks from Redemption as part of his live set.

Deep In The Blues Again

3. Pick Up The Pieces

1. The Ghost Of Macon Jones

2. Just 'Cos You Can Don't Mean You Should

1. I've Got Some Mind Over What Matters