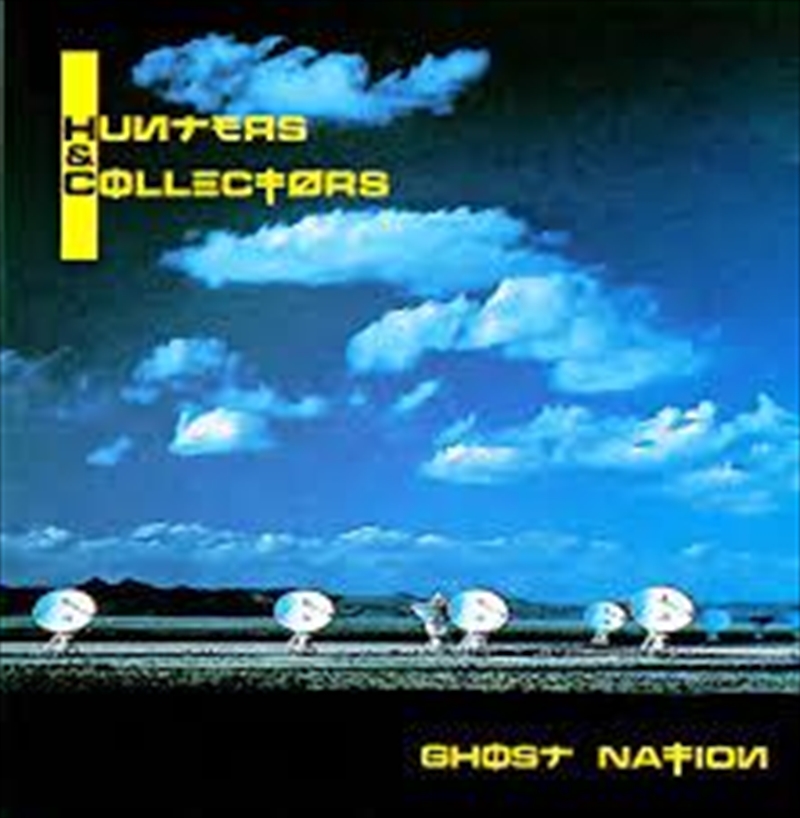 Following on from the commercial breakthroughs of Human Frailty and What’s A Few Men, Hunters & Collectors consolidated their success with 1989’s Ghost Nation.

Long out of print on vinyl, this loving reissue features 180 gram translucent blue vinyl and was pressed from a specially created vinyl master at Rainbo Records in LA, one of the finest pressing plants in the world.

Hunters & Collectors line up in 1987 was John Archer on bass guitar, Doug Falconer on drums, Jack Howard on trumpet, Robert Miles on live sound, Mark Seymour on lead vocals and guitar, Jeremy Smith on French horn, and Michael Waters on keyboards and trombone.Early in 1988 Barry Palmer joined the group on guitar.

Ghost Nation, their sixth studio album, was co-produced by the band with Clive Martin. It was released in November 1989 on White Label/Mushroom in Australia and New Zealand and Atlantic in Europe and North America, and was their second Australian Top Ten appearance on the ARIA Albums Chart, peaking at No 10 in February 1990.

It provided four singles, beginning with "When the River Runs Dry", appearing in September and peaking at No. 23 in Australia in December and No. 5 on Billboard Modern Rock Tracks in 1990.

A1 When The River Runs Dry

A3 Love All Over Again

A4 Crime Of Passion

A5 You Stole My Thunder

B2 The Way You Live