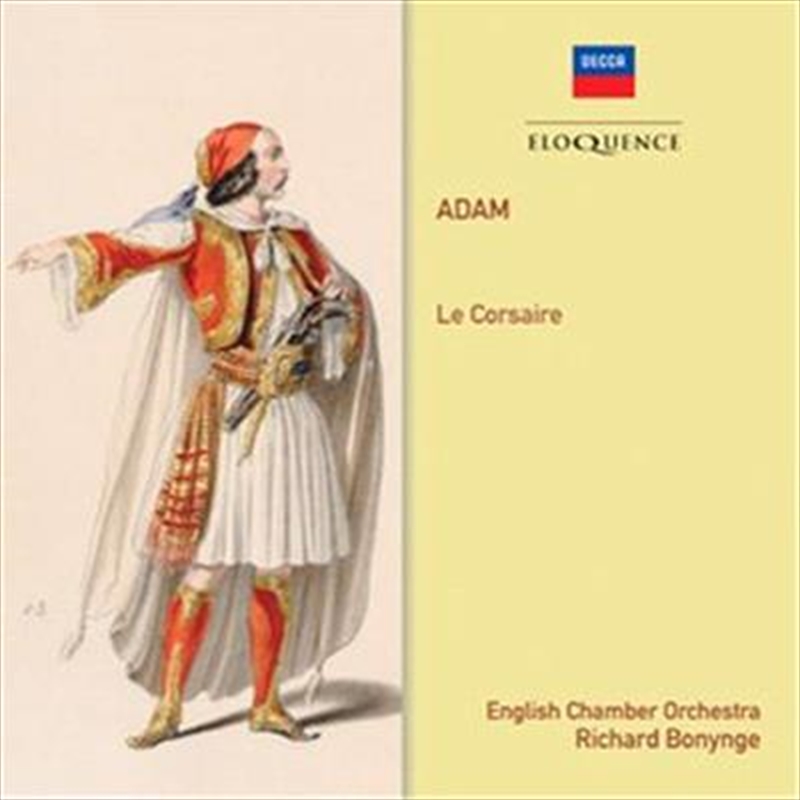 For this 1990 Decca recording, Richard Bonynge included a divertissement in Act II, the Pas de fleurs (including the famous Naila Waltz), written by Léo Delibes (who had made his début as a ballet composer in La Source the year before) for an 1867 revival in Paris.

The recording was a labour of love for the conductor, who has done more than anyone on record to revive the sounds of the 19th-century Parisian ballet. 'It's often laborious,' he remarked in 1998 to Opera magazine about his work in preparing revivals of out-of-the-way repertoire, 'locating the original score, getting the orchestral parts edited and copied, divesting it of later additions – all this before the process of learning and rehearsal begins.'

Bonynge's work in this case was quickly recognised as an invaluable contribution to our fuller appreciation of Adam's music, and the recording remains the most complete ever made of Le Corsaire. It makes a distinguished addition to the growing library of Eloquence releases dedicated to the conductor's work, and a complement to the reissue of Adam's lesser-known ballet, Le Diable à quatre (482 8603).