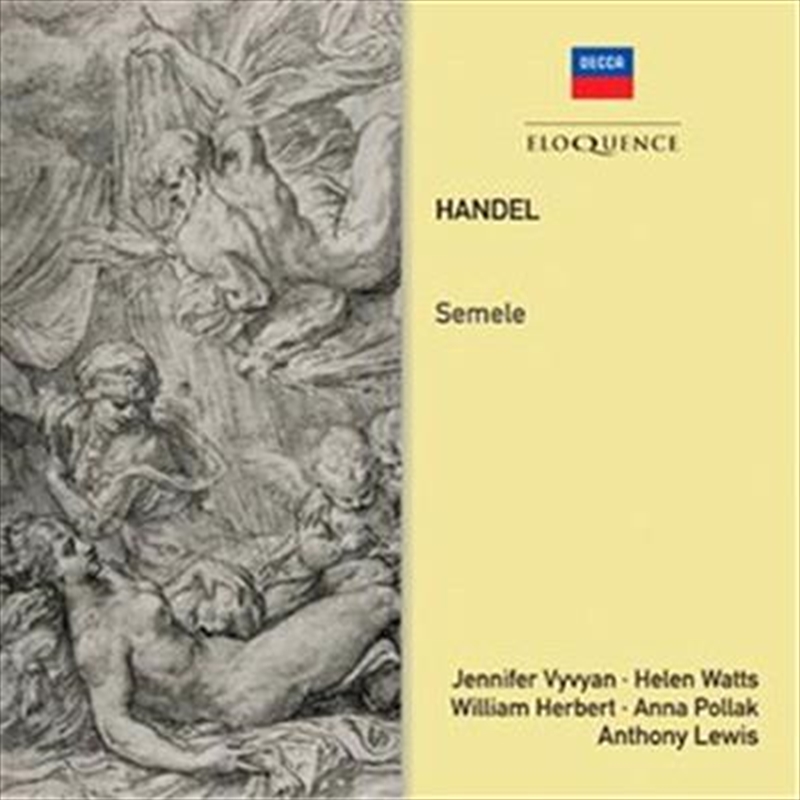 A pioneering Handel recording of the 1950s in a new digital remastering.

The scholar and conductor Anthony Lewis was one of the early luminaries of the L'Oiseau Lyre label which became, over time, the early-music imprint of Decca. Drawing on his experience of conducting and staging Baroque opera both at the Barber Institute in Birmingham, and with the English Opera Group in London, he made recordings which have become milestones in the discography of Purcell and Handel.

Listeners who have grown up with period-instrument recordings may find themselves surprised and, like Gramophone's first reviewer, 'delighted' by the sure sense of Handelian style exhibited by both singers and players, guided as they are by the sure and lively hand of Lewis. Ultimately, though, this is Vyvyan's recording, from the haunting unease she brings to her opening 'O Jove, in pity teach me', with its wide, dissonant leaps, to Semele's sublime death scene, to which Vyvyan brings that directness and emotional truth which was a hallmark of all that she sang.

The Eloquence release of Lewis directing Purcell's masque The Fairy Queen (482 7449) in 1957 was given an Editor's Choice in Gramophone (December 2017), where it was welcomed as 'a long overdue reissue': 'the first time his ground-breaking recording has been available in modern formats... The shifting moods of comedy, tragedy, charm and sense of spectacle are transparent throughout Lewis's congenial performance.'

The same qualities infuse Semele, recorded the previous year in both mono and stereo (reissued here in stereo). The cast is led by one of Britten's favourite singers and a company member of the English Opera Group, Jennifer Vyvyan, whose pellucid soprano and exemplary technique were celebrated in 2017 by a series of Eloquence reissues including 'Songs of England' (482 5045), 'Mr Bach at Vauxhall Gardens' (482 5387) and scenes and arias by Haydn and Mozart (482 5049).