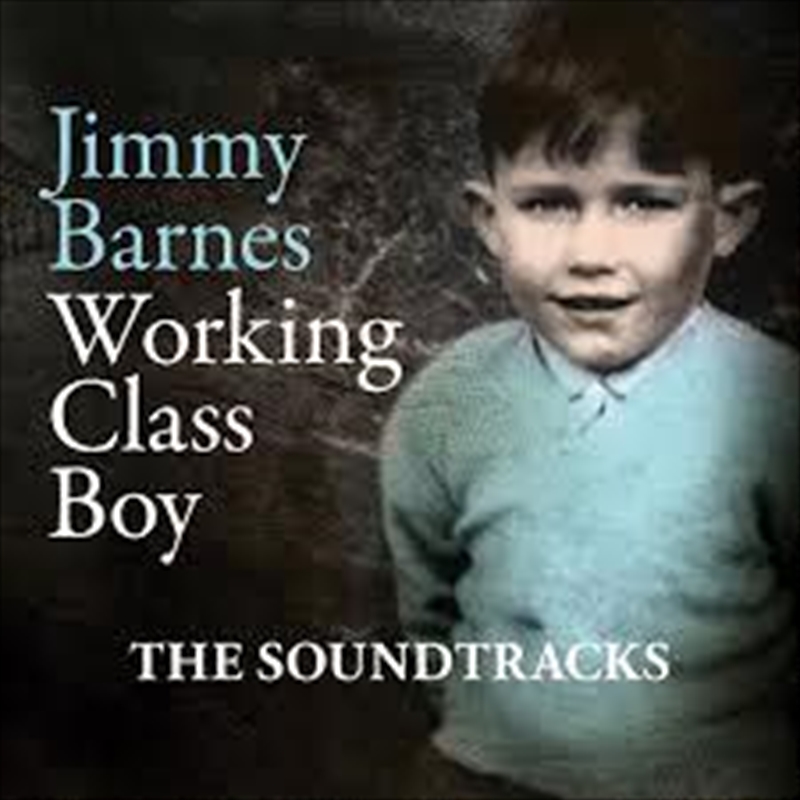 Jimmy Barnes' life story is now a powerful film, and to celebrate Bloodlines are proud to announce 'Working Class Boy –The Soundtracks'

Album 1 contains 12 songs, 2 instrumentals, and 13 spoken word pieces. It is an intimate and raw set of performances captured live atthe State Theatre on April 12 last year. Jimmy is joined on-stage for a number of powerful collaborations including those with daughter Mahalia, son David, and brother in law Diesel as his brings his childhood story to life.

Album 2 is a state-of-the-art recording of 8 songs created live with a full band on a Soundstage for the movie version of Working Class Boy. It includes a truly memorable collaboration with Richard Tognettiand the Australian Chamber Orchestra on the Randy Newman song 'Texas Girl At the Funeral of Her Father'.

Jimmy Barnes: Working Class Boy joins Jimmy as he retraces his earliest steps through the hard streets of Glasgow. It walks with him as he revisits childhood ghosts in South Australia, reflecting on the domestic violence, poverty and alcoholism that would fuel his life. The film sets this raw, and sometimes darkly funny story against a backdrop of archival footage and interviews with family and friends. Jimmy's honesty and inimitable sense of humour create an emotional and compelling film of a damaged childhood, a broken family, a search for love and, finally,a genuine redemption.

3.Heartaches By The Number

9.Mahalia and The Imitation of Life

12.Texas Girl at the Funeral of Her Father

16.Dark End of The Street

23.I Could've Been Dead As Well

3.Texas Girl at the Funeral of Her Father (Feat. Australian Chamber Orchestra)

4.Dark End of The Street

7.When The War Is Over