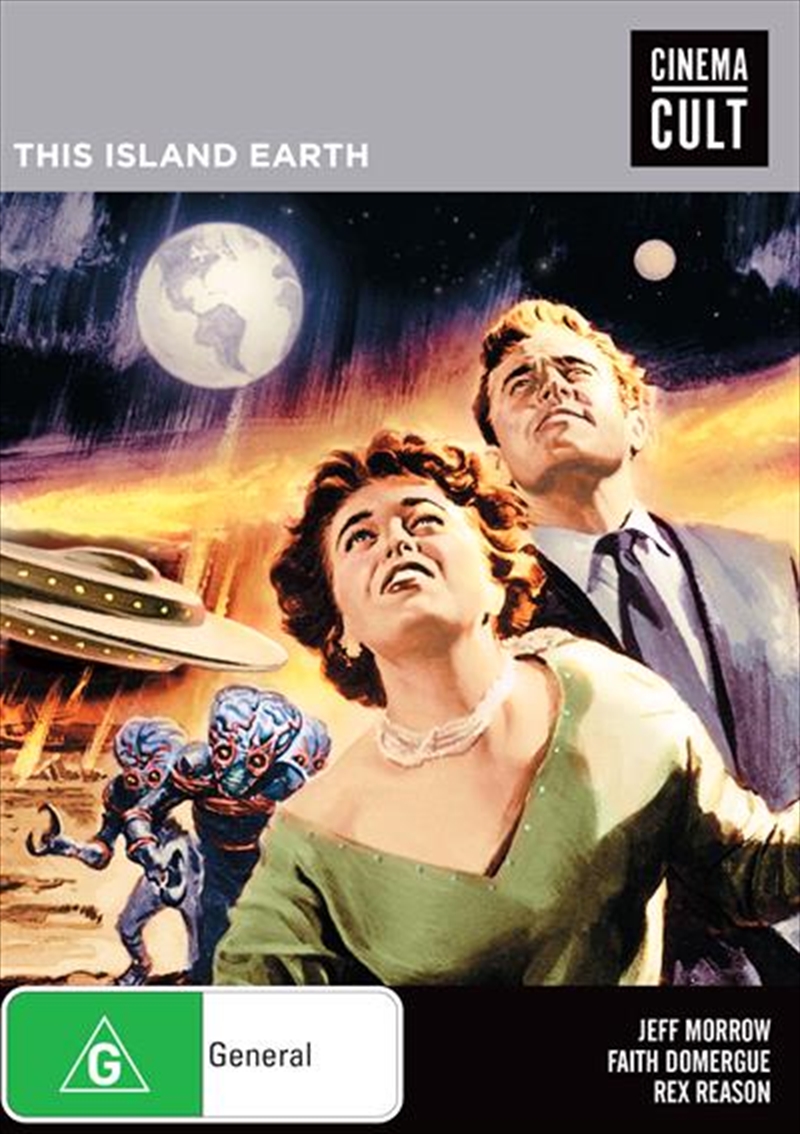 Prepare to blast off from planet Earth in one of the most popular classic sci-fi films of all time! When atomic scientist Dr. Meacham (Rex Reason) is chosen to take part in a top-secret research experiment in a remote lab, he quickly discovers that he is really involved in an evil scheme by alien Metalunans to take over Earth. After he and the gorgeous Dr. Adams (Faith Domergue) make their escape shortly before the lab explodes, they are whisked away in a flying saucer to Metaluna, where they are blamed for the destruction. Will interstellar negotiation save the day or will the scientists be forced to take part in a treacherous battle to the death? Featuring incredible special effects that were 2 1/2 years in the making, this is one adventure that you have to see to believe!
DETAILS