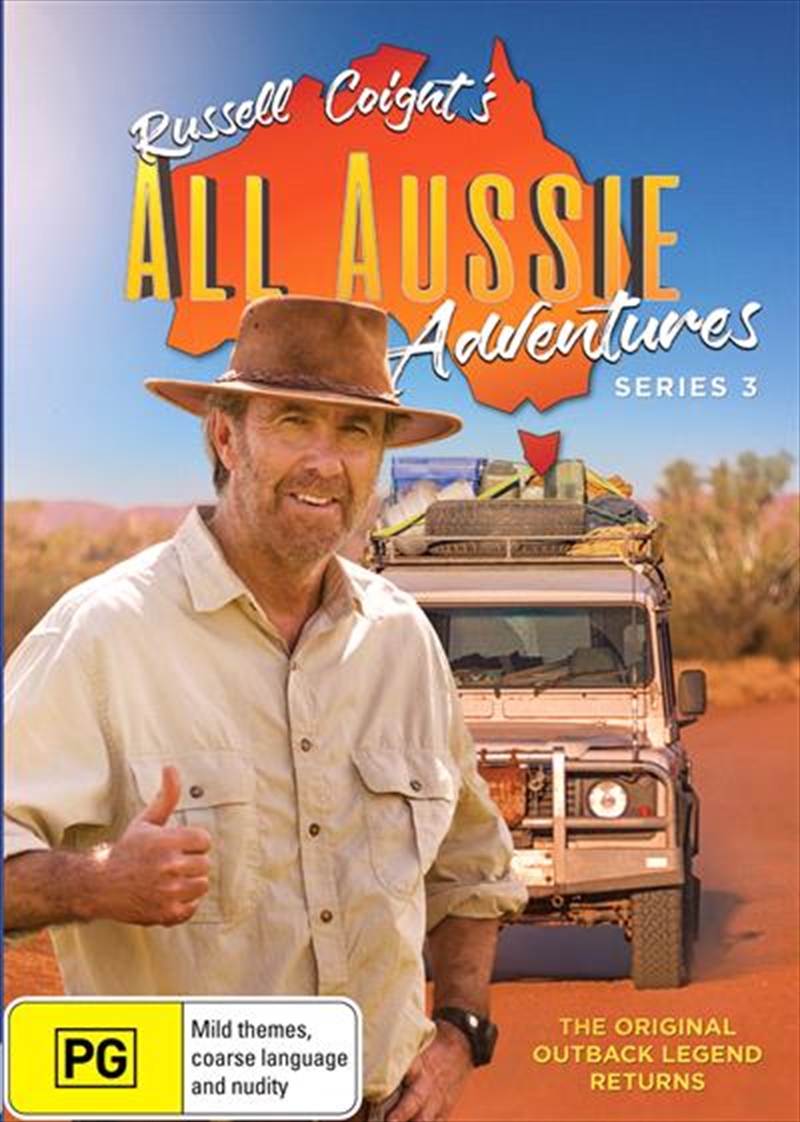 Almost two decades ago a legend rode out of the Australian bush and onto our TV screens. Long before Bear Grylls, Steve Irwin or that guy on YouTube with all the knives there was the original outdoors adventurer. Russell Coight. Russells ground-breaking series All Aussie Adventures originally screened on Network Ten in 2001. With his trademark khaki shorts, challenged sense of direction and apparent imperviousness to pain Russell quickly established himself as an outback icon. Over the course of two series he managed to win fans while simultaneously destroying large swathes of protected bushland.

All Aussie Adventures came to an end in 2002 after a court order prohibited Russell from coming within 500 metres of any marsupial. But the ride wasnt over. Not by a long shot. Now, almost 15 years since he last set fire to a national park, Russell Coight is back with brand-new instalments of All Aussie Adventures. In this series Russell returns to the outback to catch up with some old mates, share a few important survival tips and introduce us to some of his favourite native species. An impassioned wildlife lover, Russell considers these animal encounters as series highlights. The RSPCA calls them evidence. Either way, it makes for must-see T.V.