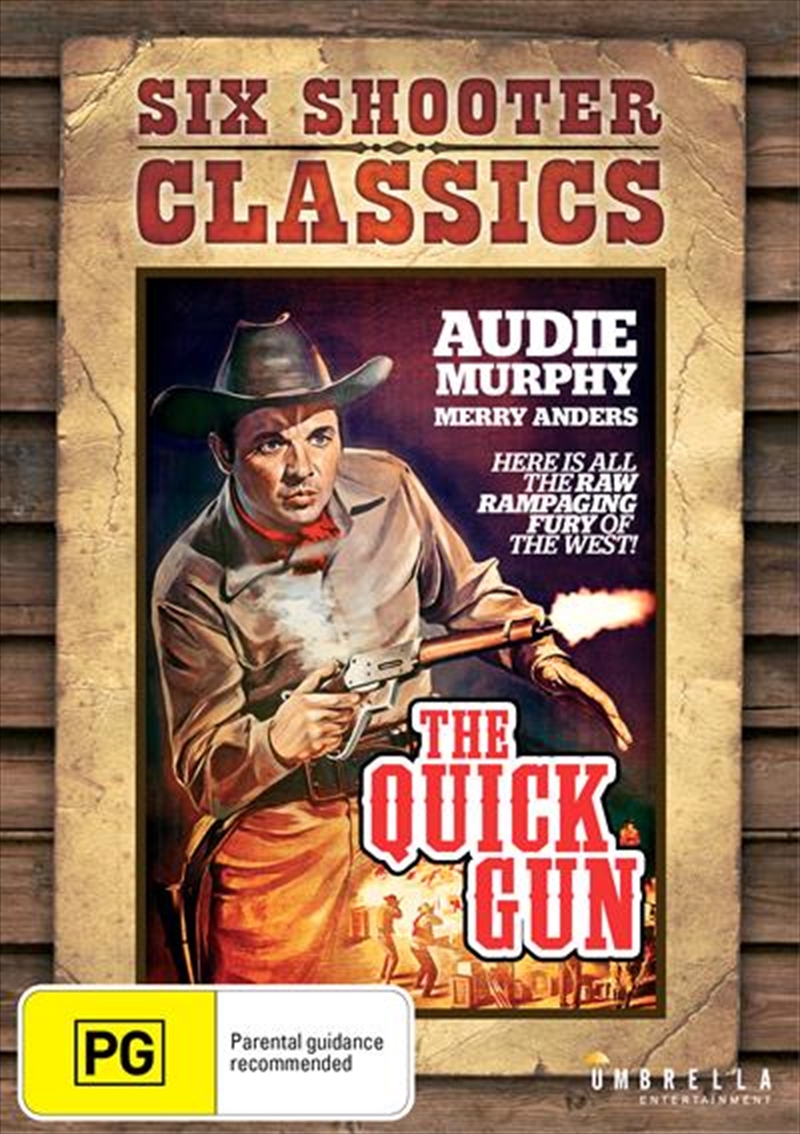 DESCRIPTION
Here Is All The Raw Rampaging Fury Of The West!

Clint Cooper (Audie Murphy, To Hell and Back) is a gun-slinger who returns to his hometown after a two-year absence with the hopes that his sweetheart, schoolteacher, Helen Reed (Merry Anders, Tickle Me), has waited for him. The townsfolk aren't happy to have him in their midst, even though he helps fight off a gang of outlaws led by a former gun-slinging pal. Can Clint win back his girl, the trust of his neighbours and settle down to a life of peace and quiet on his won land or will he live long enough to even have the chance?Sid Salkow (The Great Sioux Massacre, Blood on the Arrow) directs this action-packed western, photographed in Cinemascope and presented in its full, widescreen aspect ratio, which also featuresJames Best (Sounder), Ted de Corsia (The Killing) and Walter Sande (A Placein the Sun).
DETAILS