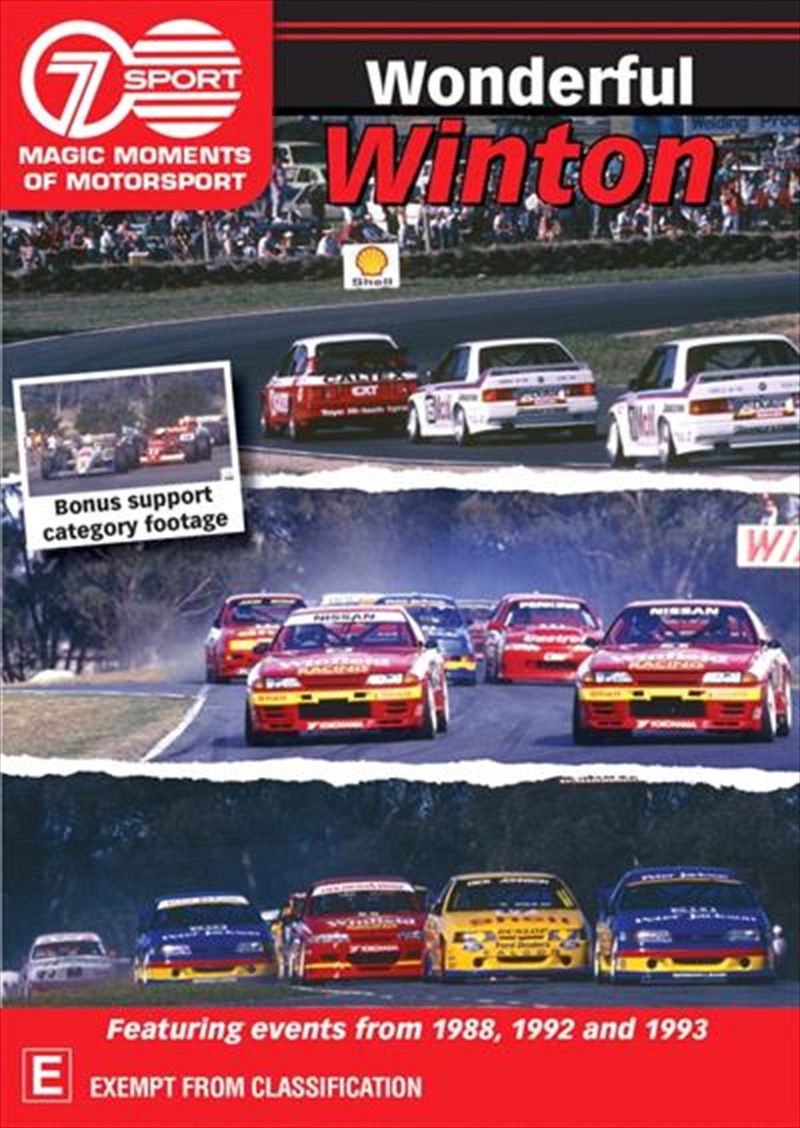 Shipping - See delivery options.
Postcode:
Quantity:
SEE MORE IN:
3 for $20 Movies & More Magic Moments Of Motorsport
WINTON Motor Raceway in northern Victoria has hosted plenty of brilliant motorsport since it first opened way back in 1961 with many of the sports top stars racing on the tight and twisty layout over the years. On this special Seven Sports Magic Moments of Motorsport DVD release we celebrate the fabulous contribution to Australian motorsport that this venue has made with three classic Winton touring car events from deep within the Seven Sport tape archive.First up is the third round of the 1988 Shell Ultra Australian Touring Car Championship from April of that year with points leader Dick Johnson trying to win his third round in a row in his all-conquering Shell Ford Sierra turbo.In addition to the touring car race (which we've included with the action viewers missed on the day in the commercial breaks) we have also included the Formula Ford, Production Car and Sports Sedan support events. As history shows, Johnson's teammate John Bowe scored his maiden ATCC race win after his teammate collided with Larry Perkins in the early laps. We've also included the 1992 round of the touring car championship, held in April of that season. By now the race format had expanded from one race to two with the action just as intense in what turned out to be the final year of Group A regulations in Australia.This round features the reigning champion Jim Richards and teammate Mark Skaife in their mighty Nissan GT-Rs up against the turbo Ford Sierras, BMW M3s and Holden Commodore V8s. A bonus addition from this event is the Formula Brabham and Formula Ford open wheeler support races - see how many future stars you can recognise in these rarely-seen races!And, to finish off, we've included the 1993 round of the Australian Touring Car Championship from Winton in May of that season with the return of the traditional Holden versus Ford V8 battle. Ford pilot Glenn Seton was on fire with the rest of the field not afraid to take any prisoners in some panel-crunching, hand-to-hand combat. This DVD is a must-have for your collection of Seven Sport Magic Moments of Motorsport titles, celebrating a brilliant era of racing at one of Australia's long-serving venues.