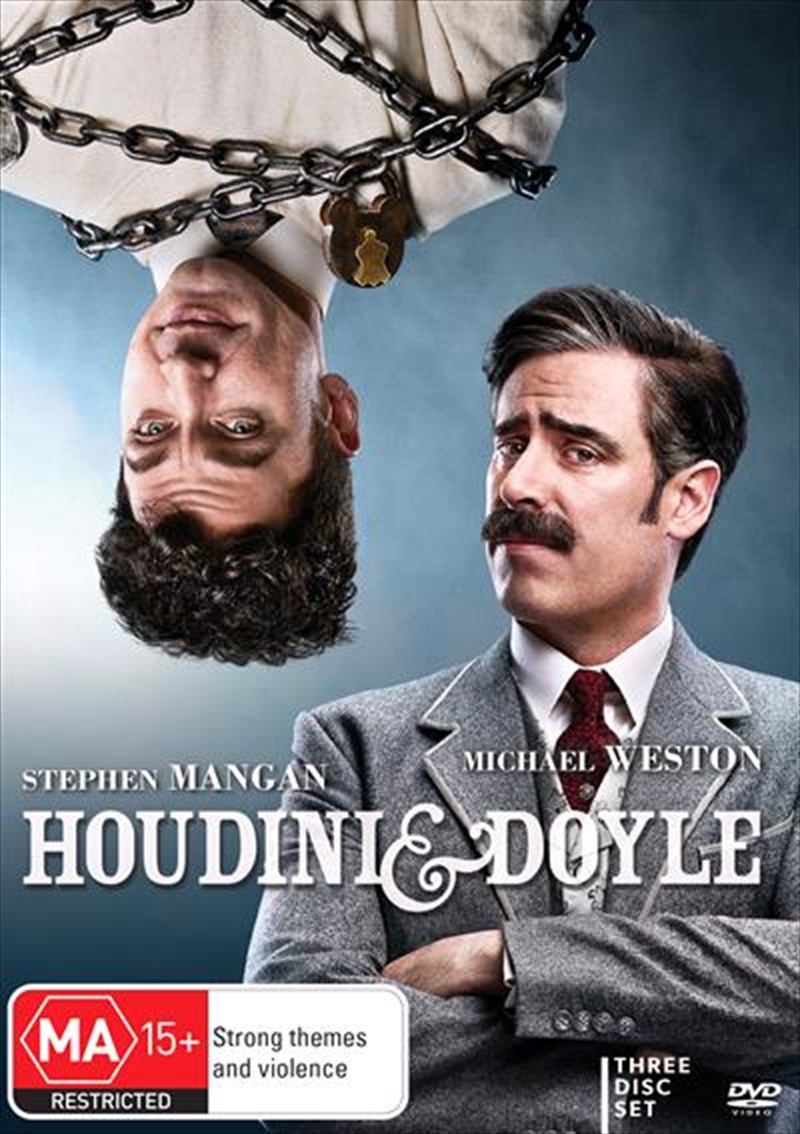 DESCRIPTION
A world-famous magician. A legendary detective writer. Catching killers is elementary to them.

Beginning in 1900, the series follows the master magician and famed author as they team up to solve some of the Metropolitan Police Force's more bizarre cases. The investigations they take on include a murdered nun, a supernatural demon and an alien abduction. While Arthur holds a hopeful belief in the paranormal, Houdini's scepticism of anything out of the ordinary causes friction and rivalry between the pair in their pursuit of the truth.
DETAILS