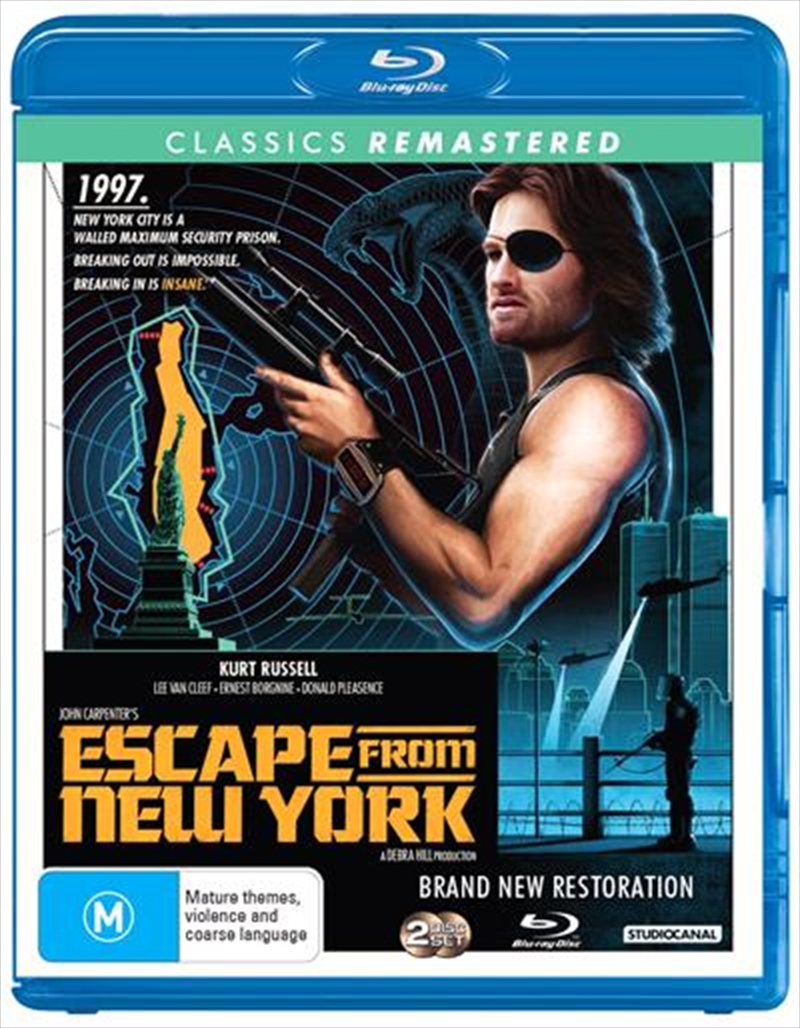 Want to click and collect? Check store availability
DESCRIPTION
Kurt Russell (Stargate) stars in a high-velocity sci-fi action-thriller from director John Carpenter (co-written by Nick Castle) that sets the screen ablaze with heart-stopping suspense, outrageous stunts and imaginative special effects. Bristling with riveting chases and hard-hitting fight sequences, Escape from New York is your passport to nonstop excitement!Manhatten Island has become a maximum security prison for three million criminals. When the American President's plane is hijacked and crashed on the island, the President is taken hostage by gangland warlord 'The Duke'. Sent to the rescue is Snake Plissken, former war hero now convicted criminal. To ensure the safe return of the President, the police commissioner has had tiny bombs implanted in Plissken's neck - if he gets the President out in 24 hours he gets a pardon, if not, the bombs will detonate and rupture his major arteries.
TRAILER
DETAILS