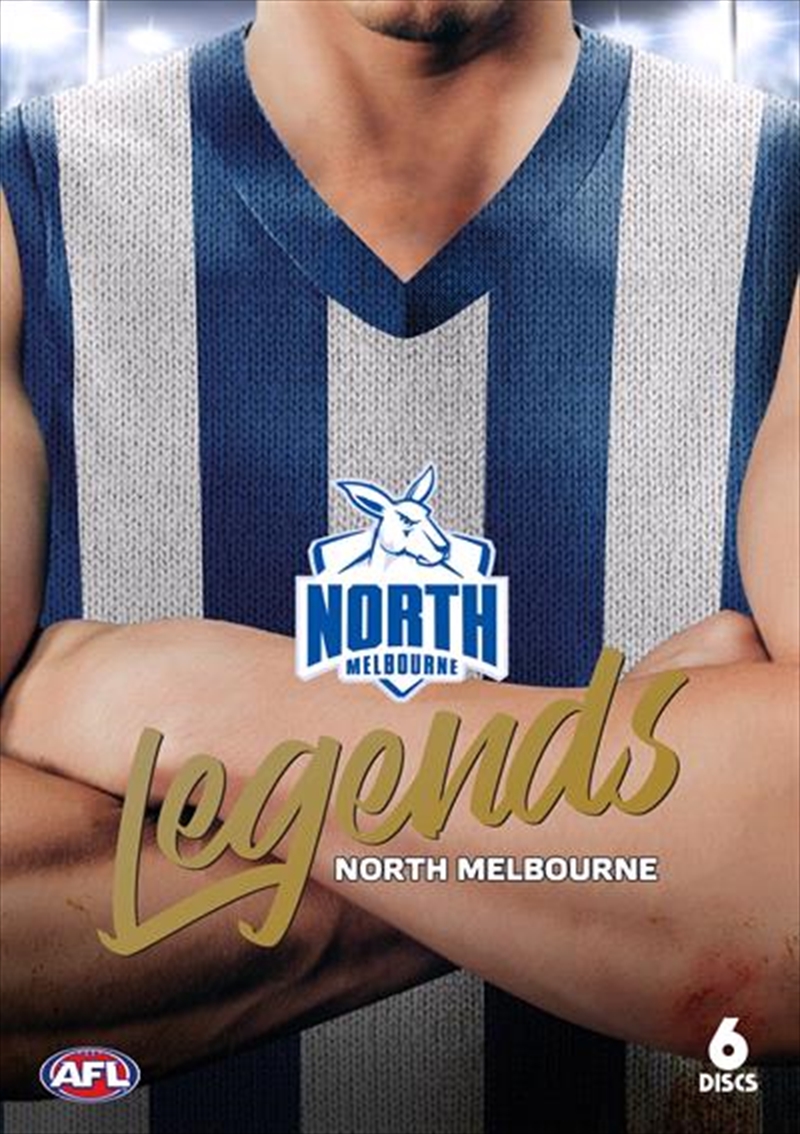 Shipping - See delivery options.
Postcode:
Quantity:
SEE MORE IN:
Everything AFL Shocking Clearance Movies & TV Clearance Movies & TV Under $20
Step back into the annuls of Australian Rules Football history to experience some of the greatest performances from many of greatest players to ever pull on the North Melbourne Football Club guernsey. Sit back and enjoy these classic matches from the AFL match archives presented in their original broadcast format, this collection is a must-have for any true Kangaroos fan.
1976 PRELIMINARY FINAL VS CARLTON - Malcolm Blight, Barry Cable and Keith Grieg star for Ron Barassi's Kangaroos as they defeat the Blues by the narrowest of margins.
1987 ROUND 9 VS RICHMOND - Wayne Schimmelbuschs 27 possessions secure him best afield during his 305rd appearance for the Kangaroos, whilst Jim and Phil Krakour are also instrumental in the defeat of the Tigers.
1994 QUALIFYING FINAL VS HAWTHORN - Wayne Carey secures 32 disposals, 10 marks and four goals as the Roos snatch victory in AFL football's first extra-time final.
1995 ANSETT AUSTRALIA CUP FINAL VS ADELAIDE CROWS - Mick Martyn wins the Michael Tuck Medal for best on ground as the Kangaroos and their non-nonsense full-back win the Ansett Cup.
2000 ROUND 7 VS ST KILDA - Facing the Saints at Colonial Stadium, Brent Harveys 38 disposals, 29 kicks, two goals and 14 inside-50s secure the him three Brownlow votes.
2007 ROUND 13 VS WESTERN BULLDOGS - Shinboner of the century, Glenn Archer, is given a guard of honour by 300 North Melbourne kids as he ran out on the ground to mark his 300th appearance for the Kangaroos.