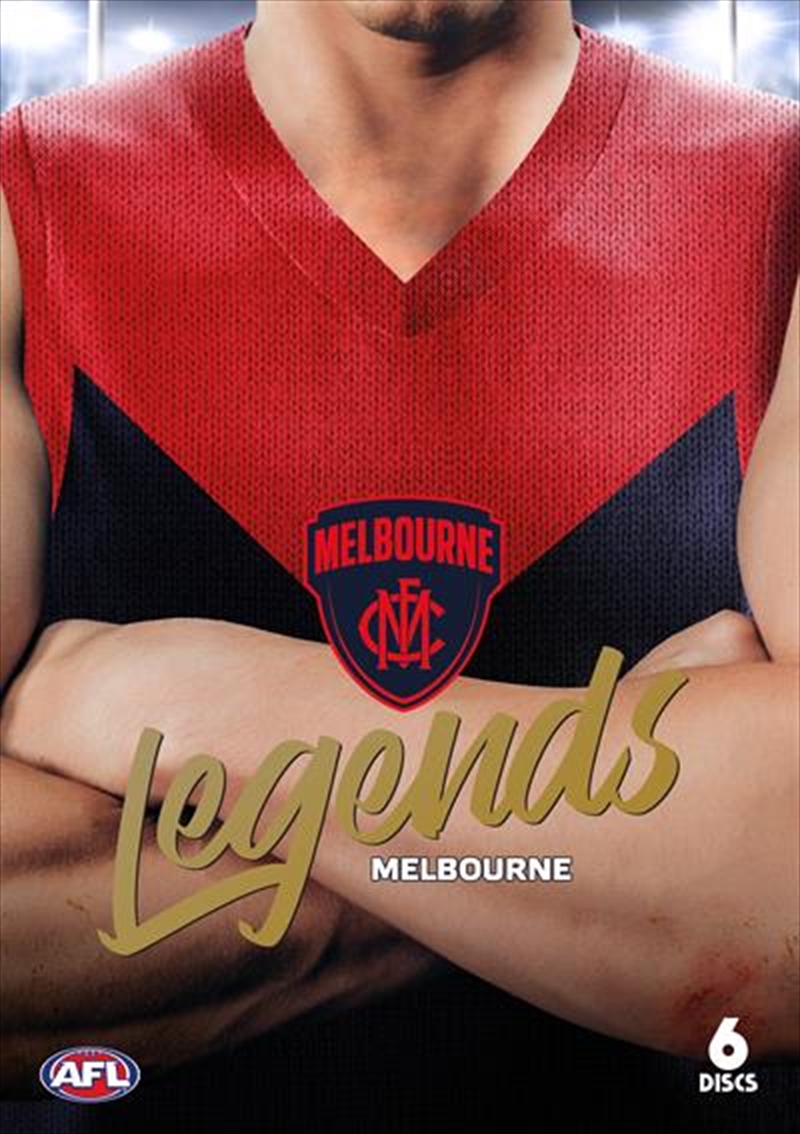 Shipping - See delivery options.
Postcode:
Quantity:
SEE MORE IN:
Everything AFL Shocking Clearance Movies & TV Clearance Movies & TV Under $20
Step back into the annuls of Australian Rules Football history to experience some of the greatest performances from many of greatest players to ever pull on the Melbourne Football Club guernsey. Sit back and enjoy these classic matches from the AFL match archives presented in their original broadcast format, this collection is a must-have for any true Demons fan.
1987 ROUND 7 VS COLLINGWOOD - Playing his 255th match in his final season for the club, Robert Flower kicks six against the Pies at the MCG to claim best afield honours.
1990 ROUND 22 VS HAWTHORN - Facing the Hawks at the end of the home and away season, Gary Lyons' 26 possessions and two goals win the centre half-forward three Brownlow votes and ensure the Demons enter Finals football on a high!
1991 ROUND 18 VS ST KILDA - Jim Stynes' gathers a career-high 35 disposals in his Brownlow Medal-winning year as the Demons survive a late comeback from the Saints to secure victory by a point
1998 ROUND 4 VS CARLTON - Todd Viney secures best afield honours as the Demons secure a nail-biting victory against the Blues at Princes Park.
2002 ROUND 1 VS HAWTHORN - Down at three quarter-time, the Demons surge in the final quarter to win; David Neitz's five goals secure him the three Brownlow votes in his Coleman Medal-winning season.
2007 ROUND 11 VS COLLINGWOOD - In the traditional Queen's Birthday game at the MCG, Russell Robertson kicks seven to defeat the Pies.