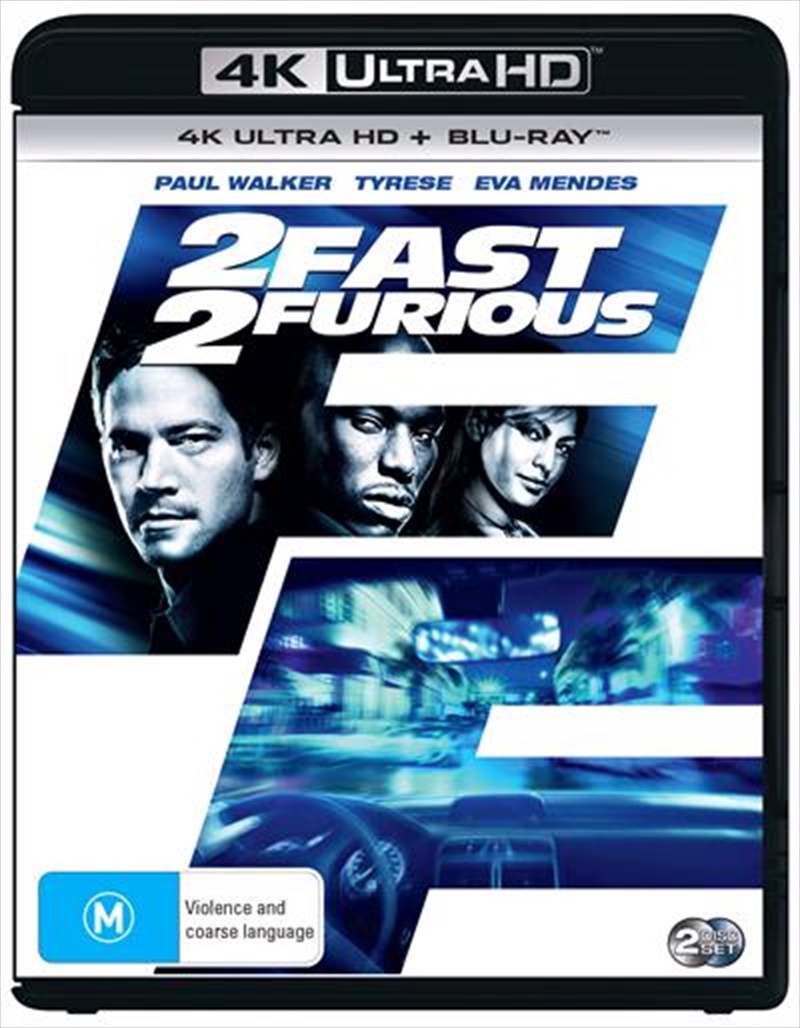 Supercharged street-racing action exploding onto the streets of Miami. Incredible cars driven to the edge. Beautiful girls and a lifestyle to die for Its 2 Fast 2 Furious. Academy Award nominated director John Singleton (Boys N Da Hood) brings you the nitrous-injected follow up to The Fast And The Furious. Brian O'Conner (Paul Walker) has lost his job after letting his friend Dom Toretto, a street-racing crime boss, escape the law. Now he's back in Miami with his old friend, Roman Pearce (Tyrese). He's working undercover for the cops to avoid punishment for his actions. He's helping the gorgeous Monica Fuentes (Eva Mendes) track down a shady businessman. And he's racing again this time its for his life
TRAILER
DETAILS