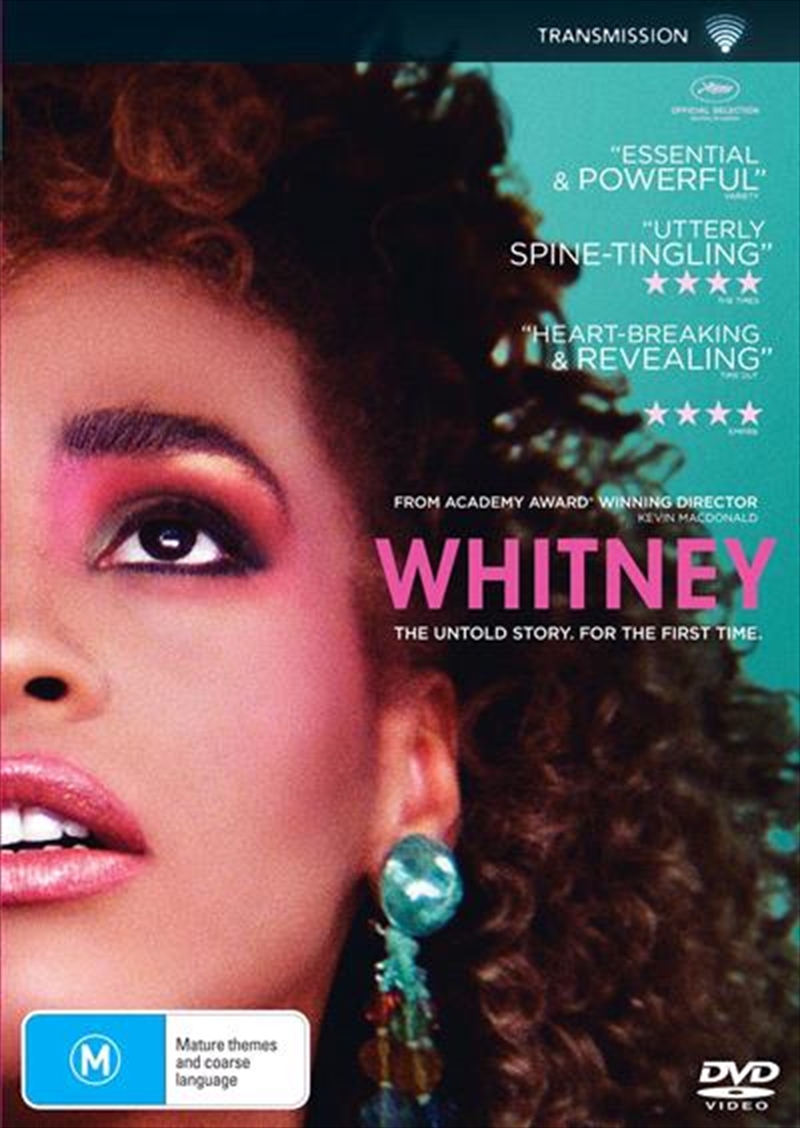 Whitney - The Untold Story For The First Time DVD

All the music. All the stories. All the answers.

With over 200 million album sales worldwide, and remaining the only artist to chart seven consecutive US No. 1s, Whitney Houston was the voice of a generation. Coming from an esteemed lineage of singers, Whitney was destined to be plucked from her gospel-singing roots to rule the world stage. She inspired a generation of singers from Mariah Carey to Beyonce and her unforgettable performance of The Star-Spangled Banner unlocked an anthem that had for so long been dismissed by many black artists. But all these achievements have become a footnote to a story of addiction and self-destruction. With salacious stories filling the columns of tabloid papers and magazines, Whitney had the voice of an angel onstage, but was being torn apart by her demons offstage. Directed by Academy Award-winning filmmaker Kevin MacDonald (MARLEY, TOUCHING THE VOID) and from two-time Academy Award-winning producer Simon Chinn (MAN ON WIRE, SEARCHING FOR SUGAR MAN), the film will for the first time, give audiences an unprecedented and unique look into Whitney's life. This will be an unflinching and honest portrait of a rare talent told by those closest to her. Made with full access to her family and collaborators, the film will showcase exclusive audio and never-before-seen video archive from her time as a recording artist and performer. By casting her story and her work in a new and revealing light, WHITNEY HOUSTON will reassess the life and legacy of one of musics biggest stars.