Band Played On - Music From The Titanic 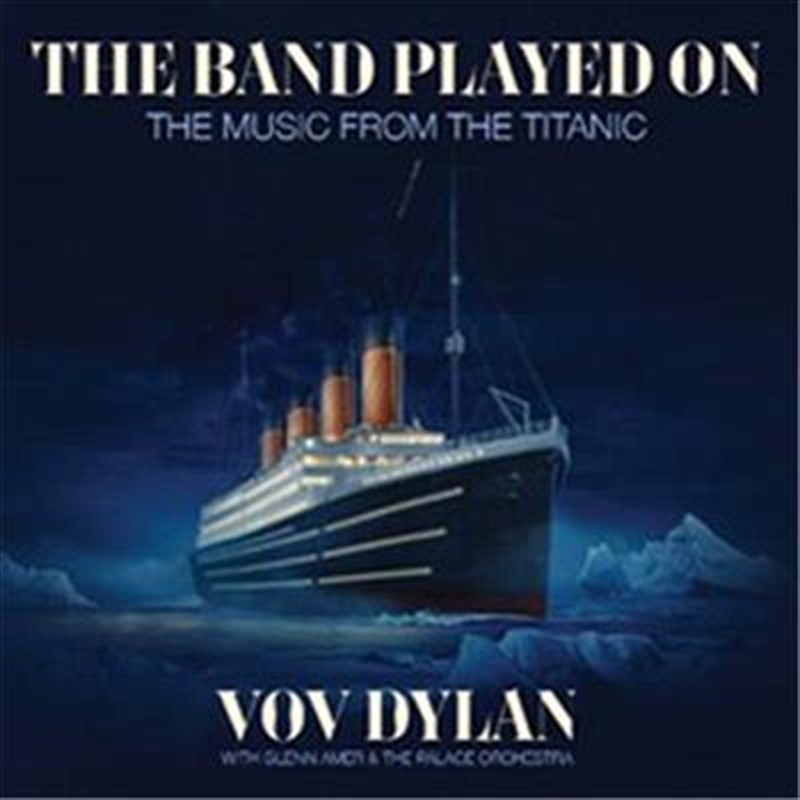 Band Played On - Music From The Titanic

Vov: Dylan Glenn Amer And The Pala Band Played On - Music From The Titanic CD

The story of the sinking of the Titanic is legendary. Titanic enthusiasts are forever caught up in the romance of the story and the tragic events of that fateful night April 15, 1912. The story of how “The Band Played On” as the great vessel sank is as legendary as the sinking itself.

This collection of classical music and popular songs of the turn of the century is sure to delight both fans of the Titanic and music lovers everywhere. The album also features a bonus orchestral version of Celine Dion’s smash hit from the film “Titanic” - My Heart Will Go On.

Vov Dylan was first recognised for his musical talents at 21 months old, when he had his first newspaper coverage.

Since then he has covered most areas of media and live entertainment, including international tours, movies, radio and television broadcasts, and countless live performances for public and private functions.

This wealth of experience has given Vov a solid understanding of an audience and how to deliver to them a tailor-made performance, which goes above and beyond expectations.

Vov Dylan holds the Guinness book of records for the fastest performance of The Flight Of The Bumble Bee.

In recent years, Vov has had an increasing presence in that he has received ACE and MO award nominations.

Title: Band Played On - Music From The Titanic

02  THE TALES OF HOFFMANN

04  LET ME CALL YOU SWEETHEART