Is This Thing Cursed? 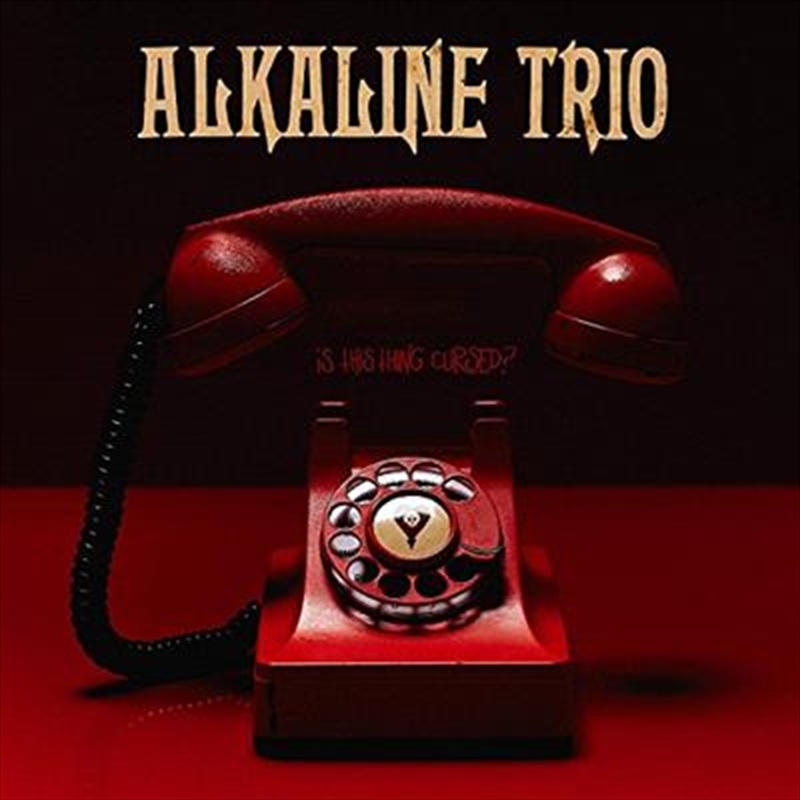 Is This Thing Cursed?

Across two decades, eight albums, and a multitude of singles, splits, and EPs, Alkaline Trio has built a reputation as a defining act in punk rock’s modern era. Formed in Chicago by vocalist-gui­tarist Matt Skiba in 1996, the band would come into its own with its debut album Goddammit in 1998. Since then, the band has continually evolved, incorporating new influences with each record while achieving artistic, critical, and commercial success along the way.

It’s been 5 years since Alkaline Trio released their last studio album, My Shame Is True. In that time, they’ve toured the world, sold over a million records, including a 20th Anniversary – 8 LP live box set, recorded on their 2014-15 Past Live tour. Since those Past Live shows, Andriano and drummer Derek Grant both released solo albums, and Skiba joined blink-182, releasing the chart-topping album California with the band.

Alkaline Trio’s live shows have always been thrilling due to the fact that, even as the band ascend­ed through the ranks of punk, they always retained the feeling of three friends excited to be on stage together. “When I think of a Trio live show,” says Skiba, “I always go back to the humble beginnings of the band, and I want that to always be in this band.”

Alkaline Trio closed 2017 with a coveted opening slot for The Original Misfits, a band Skiba de­scribes as his “first love,” Alkaline Trio is primed to step back into the spotlight. “We have the wind at our backs, it seems,” says Skiba. “Every aspect of the band—be it business or artistically or what­ever—it feels like the Gods are in our corner.” Andriano agrees, and says that he’s ready to make the band’s best record yet. “I wanna be a band that people want to hear new stuff from. Because I feel like I’m still in a band that wants to write good, new music.” “Is This Thing Cursed?” will prove that good, new music is worth the wait.

Title: Is This Thing Cursed?

1. Is This Thing Cursed?