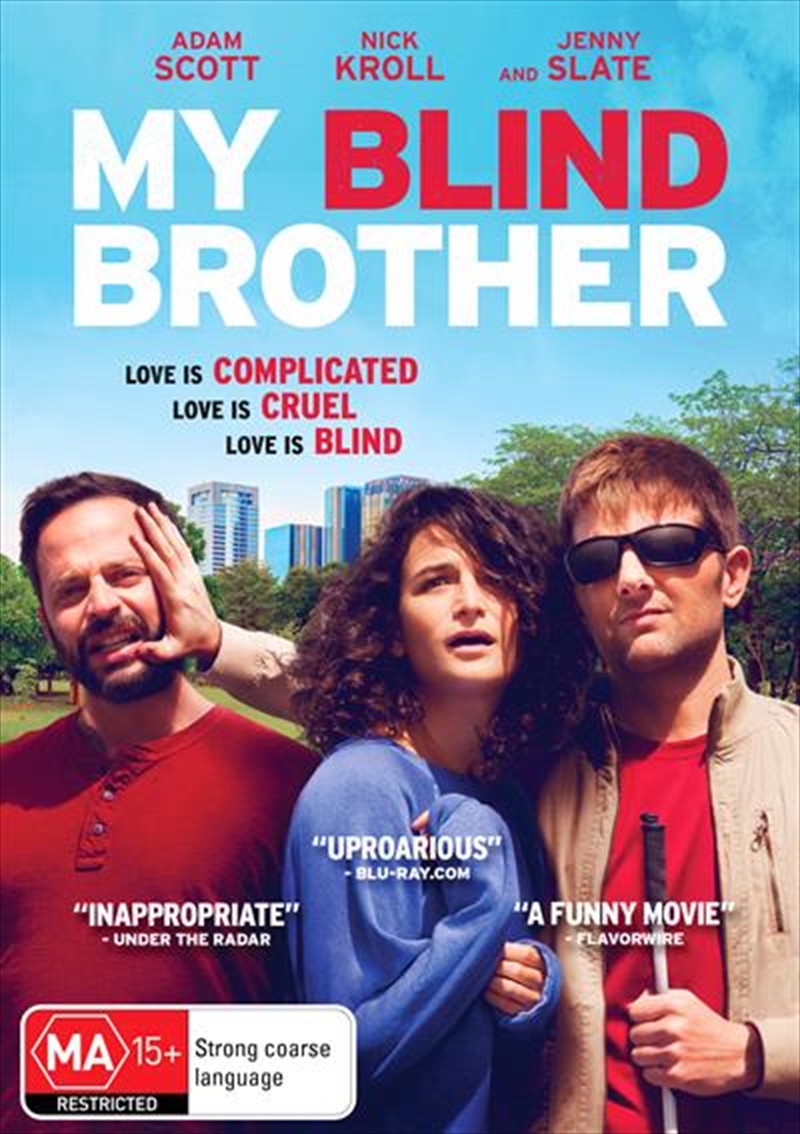 Robbie (Scott) is a handsome but cocky blind athlete. Bill (Kroll) is his less handsome, guilt-ridden brother, who's helped Robbie through everything for years. After guiding Robbie through a marathon, Bill thinks his job is done. But Robbie wants his brother to guide him on a sponsored swim across the lake. Then Bill meets Rose (Slate) and the two instantly connect. Bill thinks he has found his soul mate until she won't give him her number. Hes consoled when Robbie tells him hes off the hook for training until he finds out that his brothers new guide is Rose a woman Robbie is beginning to fall for. Their feelings escalate over the weeks leading up to the swim, causing the tension between brothers to boil over wit hilarious consequences.
TRAILER
DETAILS