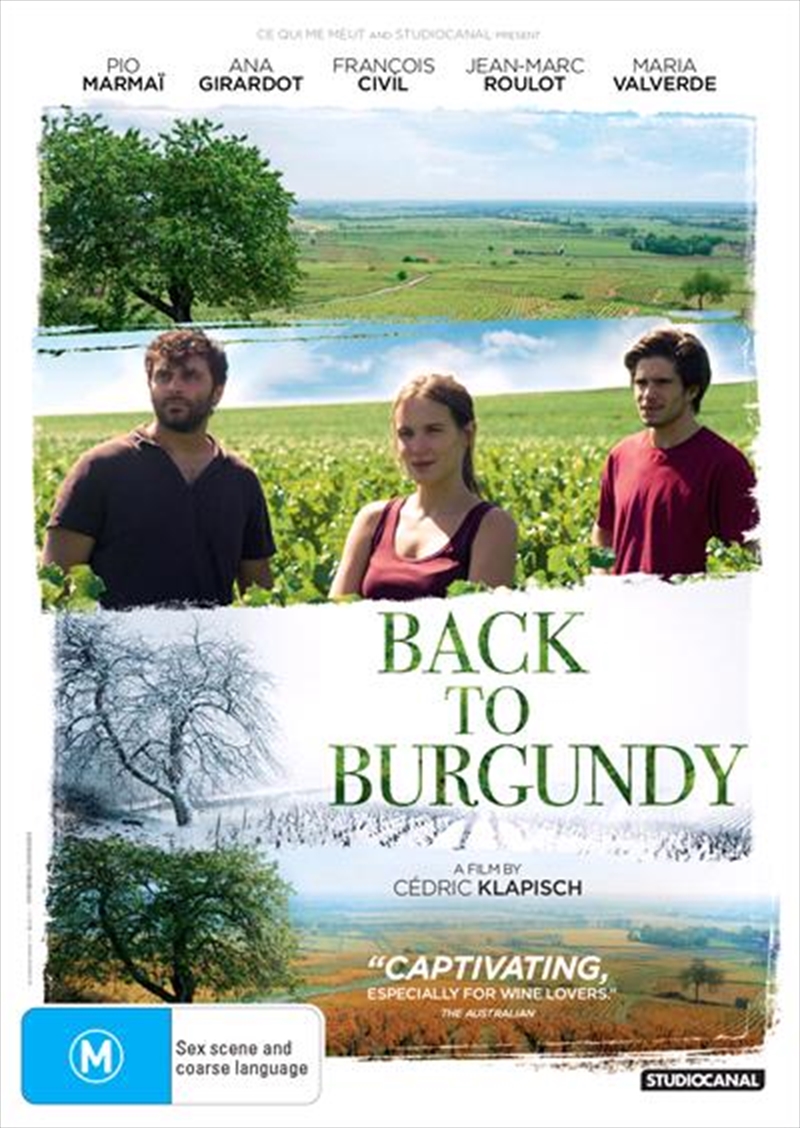 Back To Burgundy DVD

The screenplay tells the story of Jean, who is back in Bourgogne after ten years away, called back by his winegrower father, who is on his deathbed. After he passes away, Jean, his brother and his sister decide to take over the family business. As the seasons go by, governing the pace of the vineyard and the various stages of the winemaking process, they ask themselves the question of how to protect the estate.
DETAILS

Title: Back To Burgundy