On The Corner Where You Live - Deluxe Edition 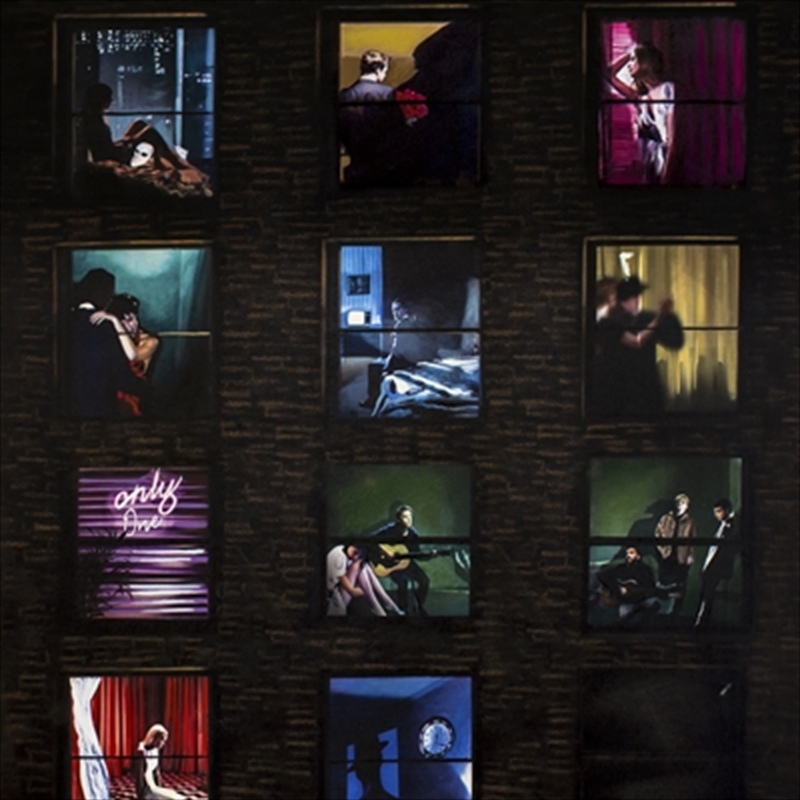 On The Corner Where You Live - Deluxe Edition

The Paper Kites On The Corner Where You Live CD

Since forming in Melbourne The Paper Kites (which includes frontman Sam Bentley, vocalist Christina Lacy, guitarist Dave Powys, drummer Josh Bentley and bassist Sam Rasmussen) have earned a loyal, organic fan base. In the eight years since they formed, what’s followed is an impressive reach of their music, with steady international touring, nearly 47 million combined YouTube views and over 260 million streams.

The Paper Kites co-produced new album “On the Corner Where You Live” with Grammy-winner Peter Katis (Gang Of Youths, The National, Interpol) at his studio in Connecticut – a 120 year old Victorian era home that the band lived and recorded in for 5 weeks. “On the Corner Where You Live” wafts evocatively with noir-ish saxophones, guitars, ambient traffic, even the languid sound of rain. Its levitating and bittersweet, heavy-hearted stories that are resoundingly universal.

“On the Corner Where You Live” (out September 21), is the Australian band’s melancholic, mid-tempo companion to the recently released album, “On the Train Ride Home.”

Ever since first bursting on the scene with the captivating ‘Bloom’ in 2011, The Paper Kites have notably become a band that constantly impress with their vivid storytelling and imaginative live shows. For their fourth studio album ‘On The Corner Where You Live’, the Australian indie-rock-folk band have gone towards a slightly groovier sound. Incorporating ambient city background noises they bring to life these emotional and reflective lives of the characters they portray. The stories are bold and heartfelt and the production is the most pop directed they’ve gone towards. The opening saxophone croons of ‘A Gathering On 57th’ accompanied by a 1am jazz-lounge inspired piano keys draw you in. ‘Give Me Your Fire, Give Me Your Rain’ instantly delivers you some nostalgic 80’s vibes that will have you grooving along and even more intrigued to hear where this album will go. Continuing this influence, ‘Deep Burn Blue’ and ‘When It Hurts You’ bring out the Savage Garden vibes before ‘Mess We Made’ hears the band switching it up with Christina Lacy taking over the main vocals. Title track ‘On The Corner Where You Live’ heads towards a more folk directed sound before the band completely strip it back for the simple and beautiful ‘Flashes’, ‘Midtown Waitress’ and ‘Does It Ever Cross Your Mind’. This is the closest sound to their earlier material that will keep their long term fans happy. Wrapping it up with the simple ‘Don’t Keep Driving’ the aesthetic guitar lead track will have you soothingly coming out from your listening experience. This album is made to be listened from start to finish and it is quite the journey. You will need to listen to it a couple of times through headphones to fully appreciate everything but it’s definitely worth the calming listen. Their sound has always been quite cinematic and this album is no different. With all the ambient city soundscapes, it is a pretty cool release.
See more from Thomas on his website
DETAILS

Title: On The Corner Where You Live - Deluxe Edition

Nothing More Than That

On the Train Ride Home

Standing in the Rain

A Gathering On 57th

On the Corner Where You Live

When It Hurts You

Does it Ever Cross Your Mind