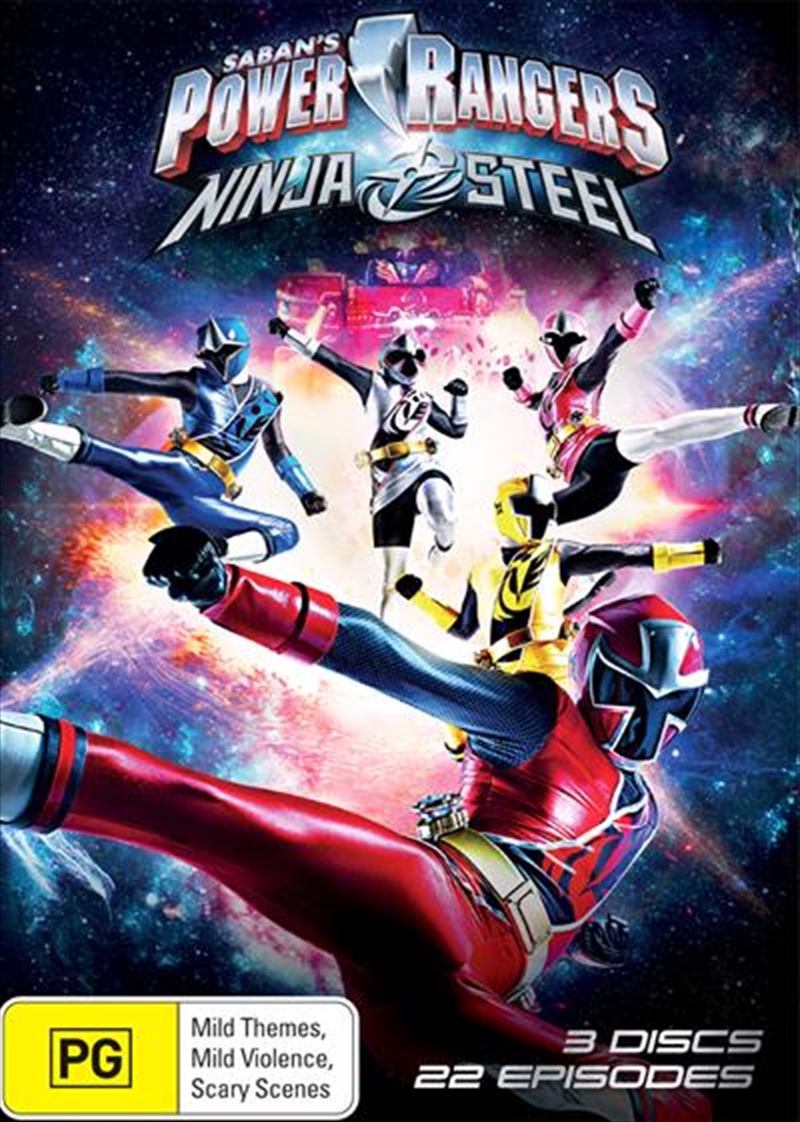 Deep in space, Galvanax is the reigning champion of the most popular intergalactic game show in the universe, Galaxy Warriors, in which monsters battle to prove who is the mightiest warrior. Galvanax is determined to become invincible by controlling the mythical Ninja Nexus Prism, which contains six supernaturalNinja Power Stars. The only thing standing in his way is a new team of heroic teenage Power Rangers who possess it. The evil Galvanax sends his warrior contestants down to Earth to steal the Ninja Power Stars, where each epic battle against the Power Rangers is broadcast throughout the universe. Together, the Power Rangers must master their arsenal of Ninja Power Stars, Zords and Megazords, each made of legendary Ninja Steel, in order to stop this evil threat and save Earth from destruction.