Real And Right And True 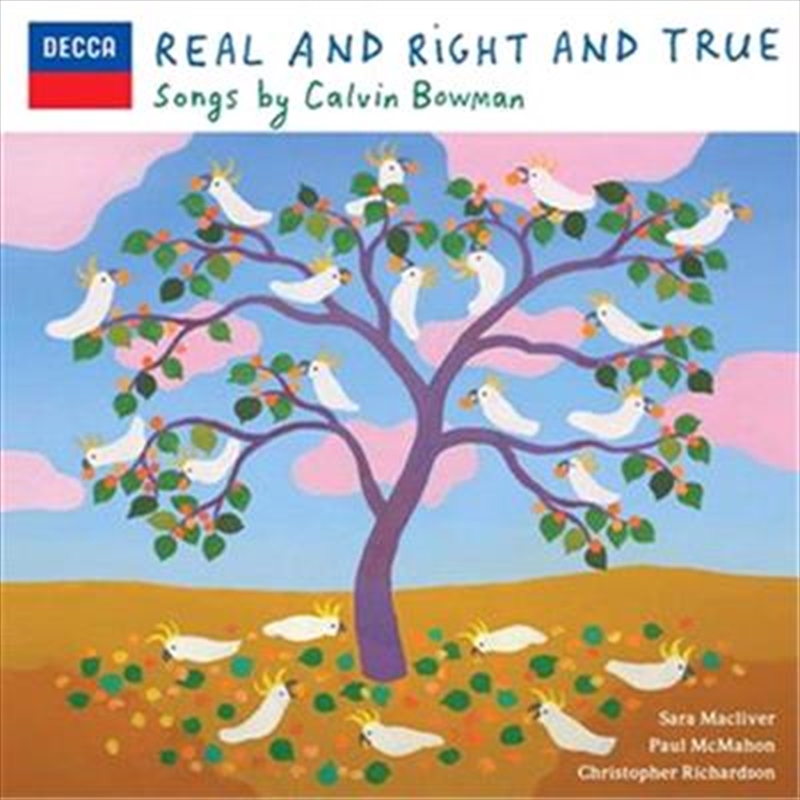 Real And Right And True

'Real and Right and True' marks the debut of prolific Australian composer Calvin Bowman on the Decca (Australia) label. The album title is derived from a set of nine poems by celebrated Australian cartoonist, writer and painter Michael Leunig, whose beautiful painting 'Autumn Harvest' also graces the cover artwork.

Bowman specialises in artsong and has, to date, written nearly a hundred songs with more constantly on the way. He is a laureate of the Ned Rorem Award for Song Composition, the Diana Barnhart American Song Competition, and the English Poetry and Song Society Artsong Award. Bowman is the only Australian composer to ever have been exclusively featured on the prestigious Decca label aside from Percy Grainger. His songs have been lauded by many luminaries including Barbara Bonney, Sir Neville Marriner and Lee Hoiby, and are recognized for their technical prowess and humanity.

Title: Real And Right And True

Words by the Water

Ferry Me Across the Water

Little Prelude after the Master

Real and Right and True

Mother, I Cannot Mind My Wheel