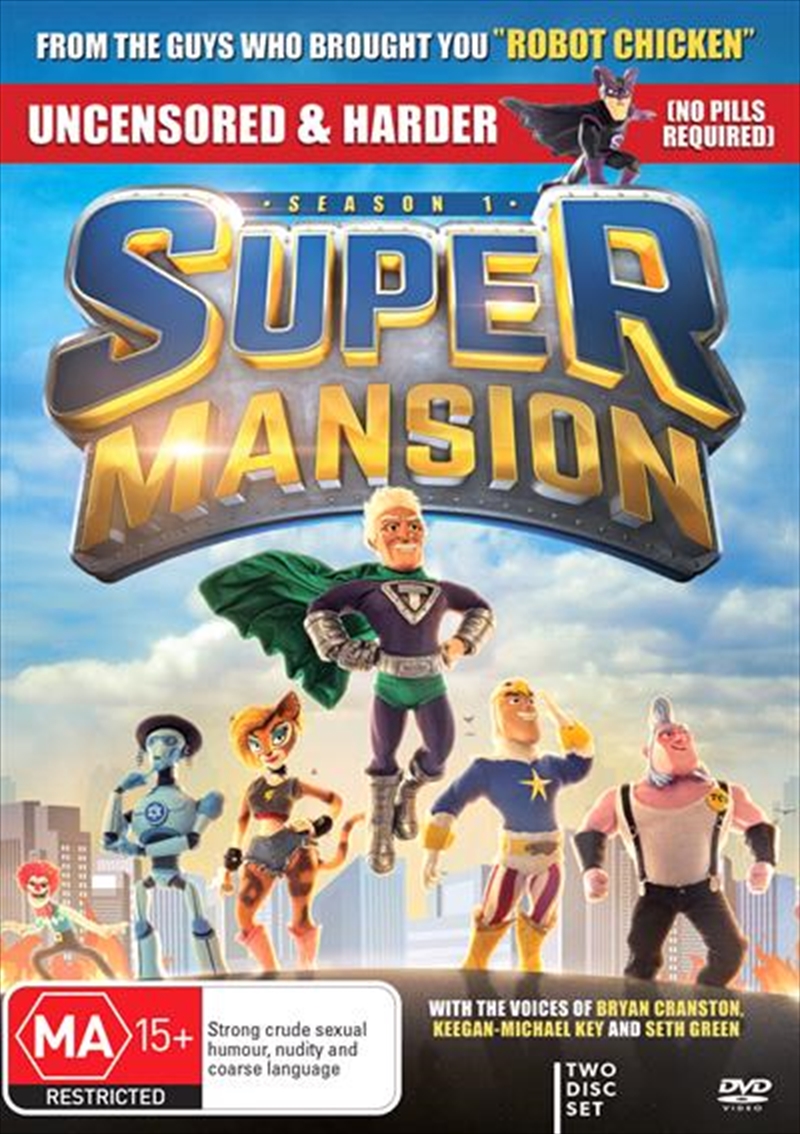 DESCRIPTION
The League of Freedom is a superhero group that is led by the aging superhero Titanium Rex. From their base called SuperMansion in the fictional Storm City, Titanium Rex and his fellow superheroes Black Saturn, American Ranger, Jewbot/Robobot, Cooch, and Brad struggle to keep the team relevant even if it involves fighting an assortment of super villains like Dr. Devizo as well as Titanium Rex's daughter Lex Lightning.
DETAILS