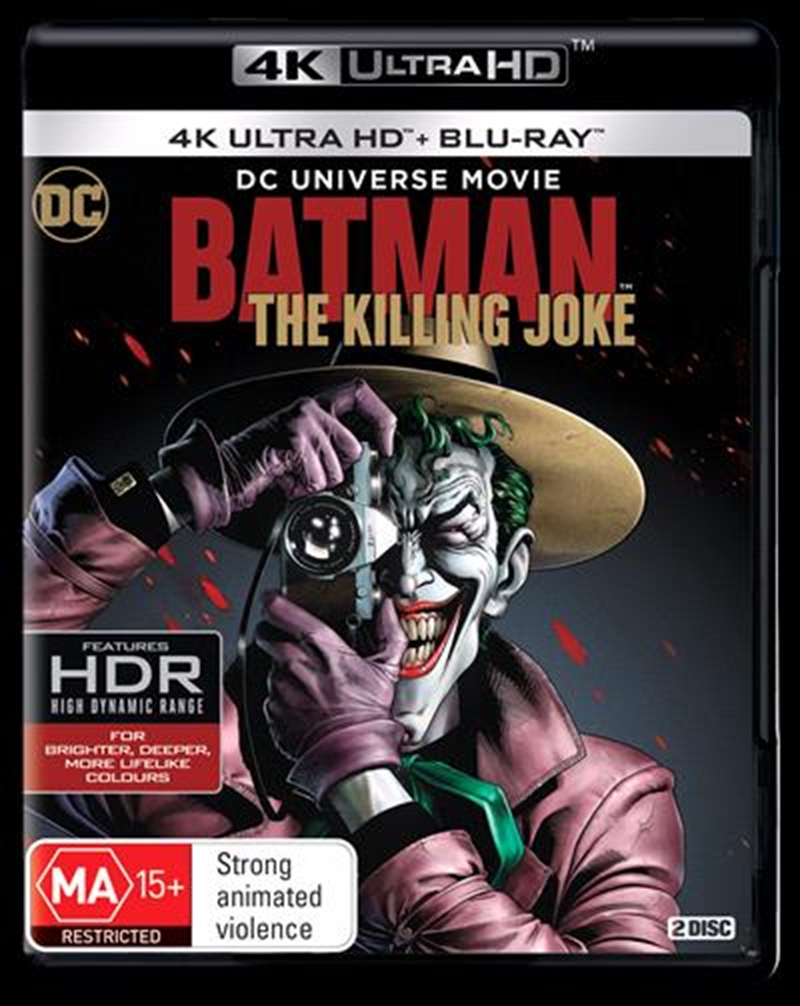 What does it take for a person to snap? How much despair for a mind to fracture? These are the twisted questions that The Joker has set out to answer, to show Gotham that even an ordinary man like Commissioner Gordon is only one bad day away from sheer insanity. Based on the acclaimed DC Comics graphic novel, witness a journey into the dark psyche of the Clown Prince of Crime. Follow his humble beginnings as a struggling comic to his fateful encounter with the Dark Knight that changed everything. Fueled by the return of Kevin Conroy as Batman and Mark Hamill as The Joker, witness the birth of a super villain, the fortitude of a hero and the punch line that you will leave you speechless.