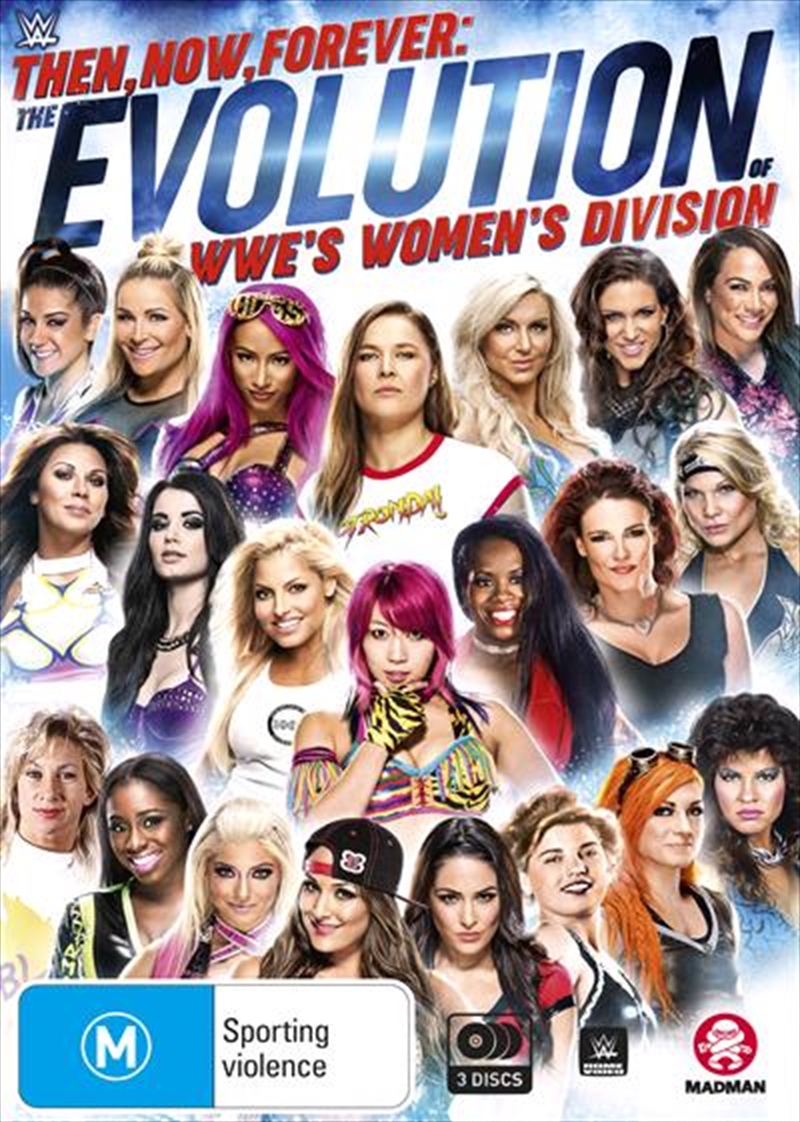 Much has changed since the days of Mae Young and the Fabulous Moolah. In the once-male-dominated world of sports entertainment.. women's wrestling has evolved, and the ladies now stand eye-to-eye with their male counterparts. This was no small task, as it took years of revolutionary women doing extraordinary things to fully achieve. From trailblazers like Alundra Blayze and Chyna to pioneers like Lita and Trish Stratus all the way to today's awe-inspiring athletes such as Charlotte, Sasha Banks, Bayley, Alexa Bliss, and Asuka the revolution was indeed televised, and you get to witness it all right here with some of the greatest and most groundbreaking womens matches of all-time. From Wendi Richter to Ivory to Becky Lynch to Ronda Rousey see how these amazing women helped shape the landscape of WWE today.
DETAILS