WWE - The Shield - Justice For All 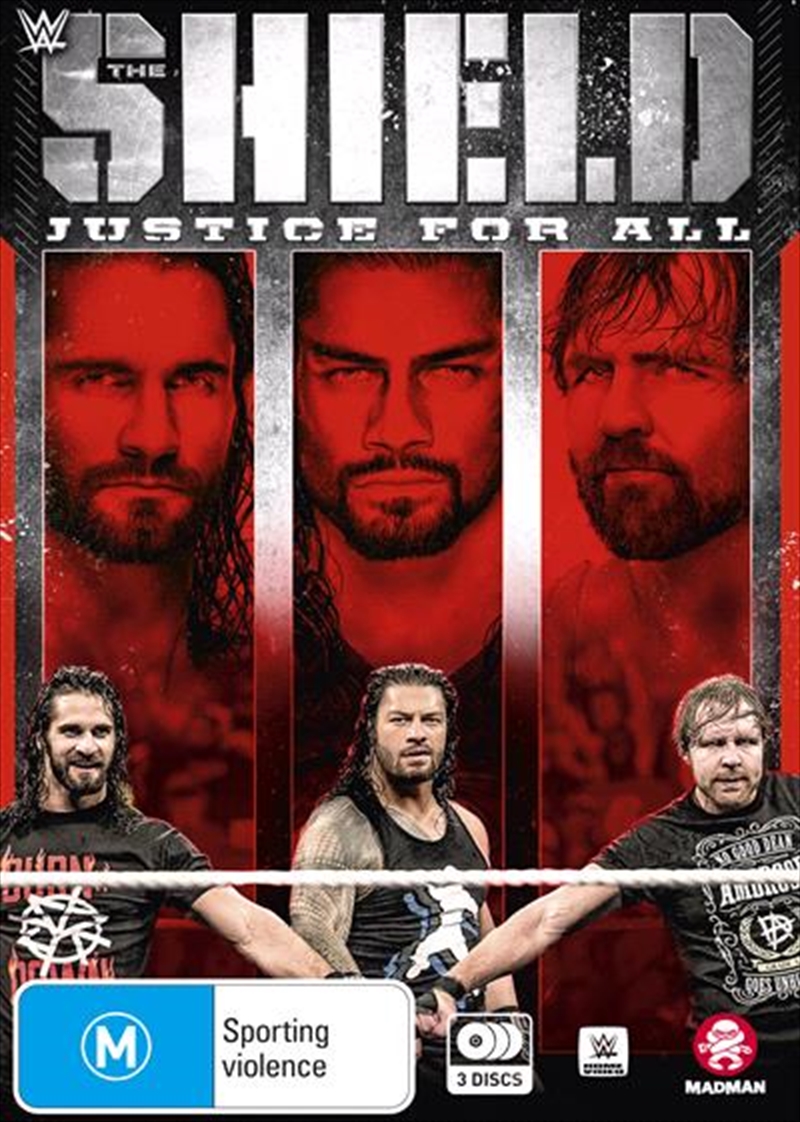 Shipping - See delivery options.
Postcode:
Quantity:
SEE MORE IN:
4 for $50 DVD, Blu-ray & More WWE
The most dominant group the WWE has ever seen...

They were a united front against injustice... The Shield was the most dominant group WWE has ever seen, and launched the careers of three of WWE's most successful superstars. As dominant as they were as a trio, Dean Ambrose, Roman Reigns and Seth Rollins took WWE by storm, and each achieved incredible individual success. All three would go on to achieve the ultimate goal of being WWE Champion, and compete in some of the biggest matches in WWE history. This set follows the journeys of Seth, Dean, and Roman as they compete with Legends like The Undertaker, Brock Lesnar, John Cena, and Triple H. Hear from the stars themselves, as they discuss the impact The Shield days had on their careers, and how it helped drive and mold them into what they are today. Even when apart, their brotherhood remains strong... and you never know when the Hounds of Justice might reunite again to help fight for a common goal. This is the legacy of Rollins, Ambrose, and Reigns... The Shield. See their greatest matches in this new collection from WWE Home Video.

Title: WWE - The Shield - Justice For All