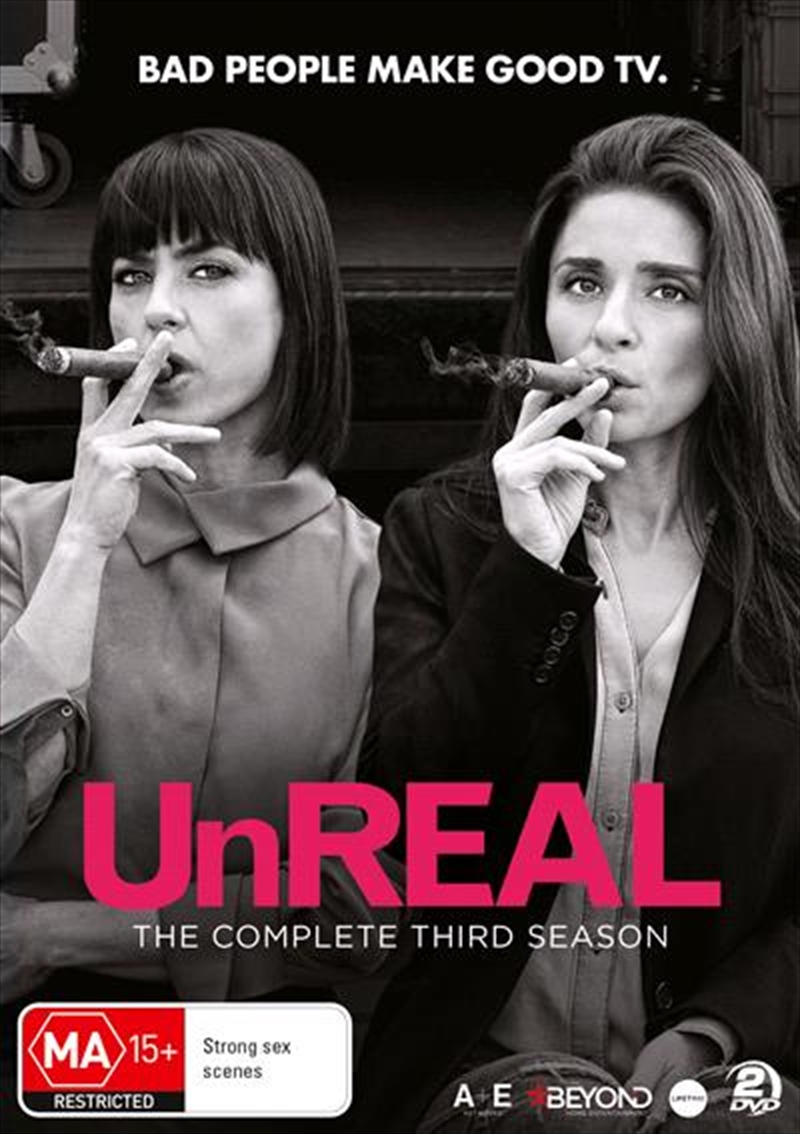 The critically acclaimed drama UnREAL returns and continues to push the limits, offering a fictitious behind-the-scenes glimpse into the chaos surrounding the production of a dating competition program.Caitlin FitzGerald takes the reins as Everlastings female suitress, Serena. Determined to have her pick of eager male suitors, Serena will face off with Everlastings queen bees, producers Rachel Goldberg (Shiri Appleby) and Quinn King (Emmy-nominee Constance Zimmer) who are shaking things up, all for the sake of ratings.Sexy, sassy and shocking; UnREAL peels back the shimmering veneer of the reality dating show to reveal how unreal they really are. Every character is manipulative. Every character is self-centred. Every character will stop at nothing to get what they want. Every character is unmissable. Unreal is unreal television and essential viewing.
DETAILS