Fire And Blood: 300 Years Before A Game of Thrones (A Targaryen History) 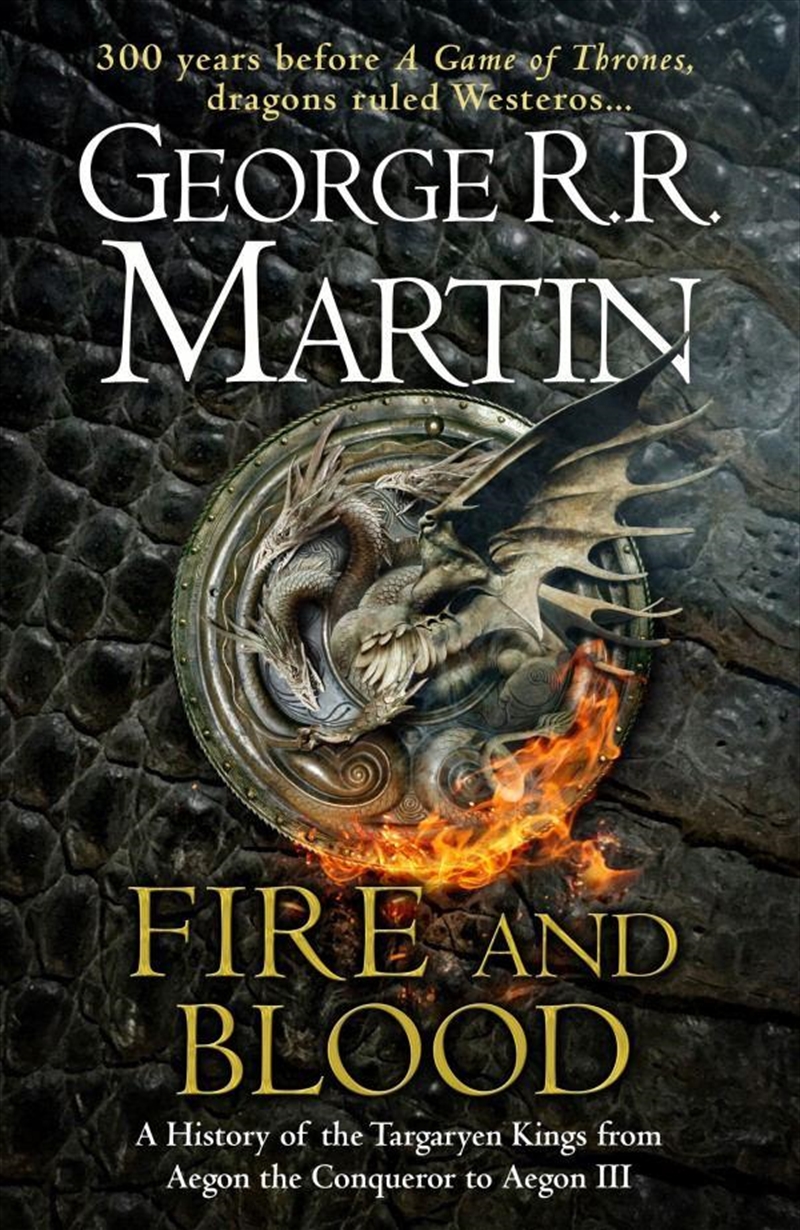 Fire And Blood: 300 Years Before A Game of Thrones (A Targaryen History)

From the masterly imagination behind A Game of Thrones - one of the greatest fantasy epics of all time and an unmissable HBO hit series - comes a definitive history of Westeros’s past as told by Archmaester Gyldayn.

Unravelling events that led to A Song of Ice and Fire, Fire and Blood is the first volume of the definitive two-part history of the Targaryens in Westeros. Revealing long-buried secrets and untold lasting enmity, it sets the scene for the heart-stopping series conclusion, The Winds of Winter.

300 years before the events of A Song of Ice and Fire, long before the schism that set the houses of Westeros at each other’s throats, one house ruled supreme and indomitable. House Targaryen, the house of the last remaining dragonlords.

After surviving the Doom of Valyria the Targaryen’s established themselves on Dragonstone. This volume traces their legendary lineage from Aegon the Conqueror to the bloody Dance of Dragons; a civil war that pitted Aegon II and his half-sister Rhaenyra in a bitter conflict for the throne of their father, nearly wiping out the Targaryen dynasty forever.

What really happened during the Dance of the Dragons? Why did it become so deadly to visit Valyria after the Doom? What is the origin of Daenerys’s three dragon eggs? These are but a few of the questions answered in this essential chronicle, as related by a learned maester of the Citadel.

With all the scope and grandeur of Gibbon’s The History of the Decline and Fall of the Roman Empire, Fire and Blood is the ultimate guide to Westeros’s past. Featuring more than eighty all-new black-and-white illustrations by artist Doug Wheatley this is an essential volume for any Game of Thrones fan’s library. For the first time the full tapestry of Targaryen history is revealed.

Title: Fire And Blood: 300 Years Before A Game of Thrones (A Targaryen History)