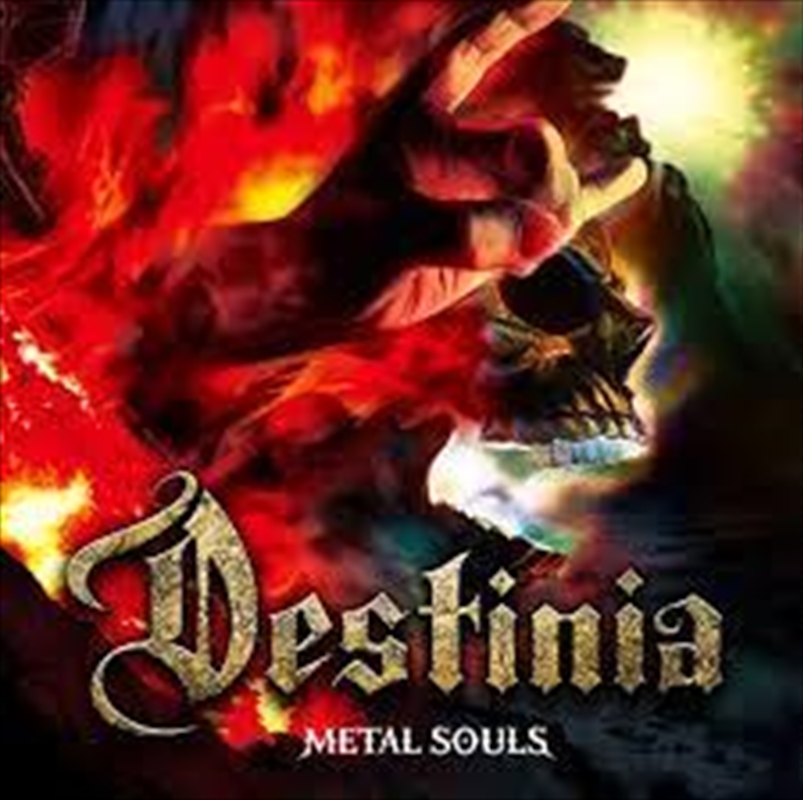 Nozomu Wakai, hailed as the guitarist / artist who would bring forth the authentic and melodic heavy metal in the 21st century, has led his project Nozomu Wakai’s DESTINIA and released two albums “Requiem For A Scream” (2014) and “Anecdote Of The Queens” (2015).

Further to the release of the two albums, he has been recognized in the Japanese hard rock and heavy metal scene for contributions of guitars / compositions / sound directions to releases by the country's leading musicians and anime's. In 2016, during his quest for DESTINIA‘s new musical directions, Nozomu witnessed the stage performance by Lords Of Black, featuring the vocals by Ronnie Romero, at Loud Park 16, a metal festival in Japan.

Though Nozomu was well aware of Ronnie's abilities, he was struck hard by the new Ritchie Blackmore's Rainbow singer. A direct offer was made, and it was decided that Ronnie would join Nozomu and participate as the vocalist in his project. Having set his course for the new compositions, Nozomu made the decision to offer Marco Mendoza, bassist from The Dead Daisies and solo musician, and Tommy Aldridge from Whitesnake, the rhythm section hugely influential to him, to add extra strength to the music.

It was an obvious choice for Nozomu's music, demanding presence of two musicians with vast knowledge of the history of hard rock and heavy metal.

Upon listening to Nozomu's music, Marco and Tommy were thrilled to get involved. Nozomu describes the musical directions and aspirations of DESTINIA as 'classic modern' heavy metal.

The music goes beyond the authentic hard rock and heavy metal in the same vein as Rainbow, Whitesnake and Dio - it is completed with the contemporary, modern sound styles. "I am confident that I can create new music with these musicians." Highly praising his talents, Ronnie, Marco and Tommy joined forces with Nozomu. "I was impressed the moment I listened to his tracks,"  says Ronnie. "Nozomu is an incredibly talented guitar player and an amazing composer.

In addition to that, my vocals fit in really well." Nozomu's enthusiasm towards authentic metal with all his heart and soul is apparent from the album title track “Metal Souls”. The emotional guitars and soulful vocals complement each other, backed by the powerful grooves of Tommy Aldridge (drums / Whitesnake, Ozzy Osbourne, Gary Moore etc.) and Marco Mendoza (bass / Whitesnake, Thin Lizzy, Blue Murder etc.), the impenetrable rhythm section who has seen the history of hard rock and heavy metal.

The authentic melodic heavy metal with striking tunes are indeed "classic modern" destined to be the masterpiece for the new age.

3 The End of Love