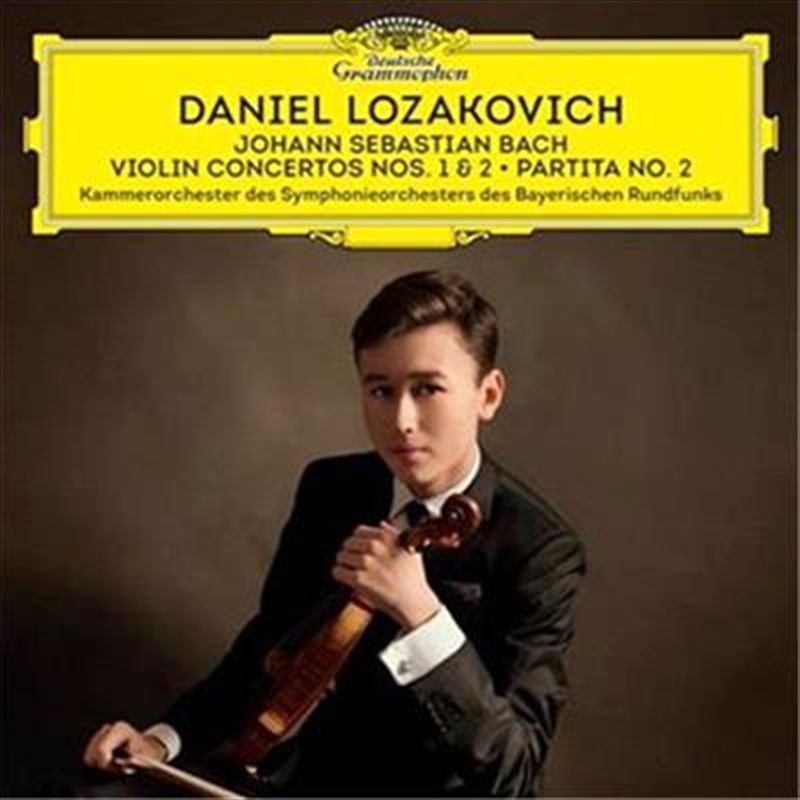 Debut album by THE next young and talented violinist on Deutsche Grammophon!

Daniel is a regular performer at the Verbier Festival, the Progetto Martha Argerich in Lugano, Corinthian Summer Music Festival in Austria, the Colmar Festival and the Sommets musicaux de Gstaad and many other international music festivals.

In his debut album, Daniel presents Bach's two Violin Concertos in collaboration with the Kammerorchester des Symphonieorchesters des Bayerischen Rundfunks and the solo Partita No. 2 with the famous Chaconne.

"In his flawless performance of Bach's Partita no. 2 in D minor, Lozakovich's sweet, luminous, and equal parts old world and other-worldly vibrato guided an interpretation, with a purity and tenderness that allowed unfiltered emotions to rise and fall without force or compulsion – as if these emotions were being discovered, firstly in a moment of reckoning and subsequently in felt wonder" – My Scena

"His phrasing was uncannily accurate and appropriate; he was truly making music" – The Classical Source

"Lozakovich has a strong technique and a wonderful sense of phrasing... [there is little doubt] that Lozakovich is destined for a prodigious career" – Bachtrack