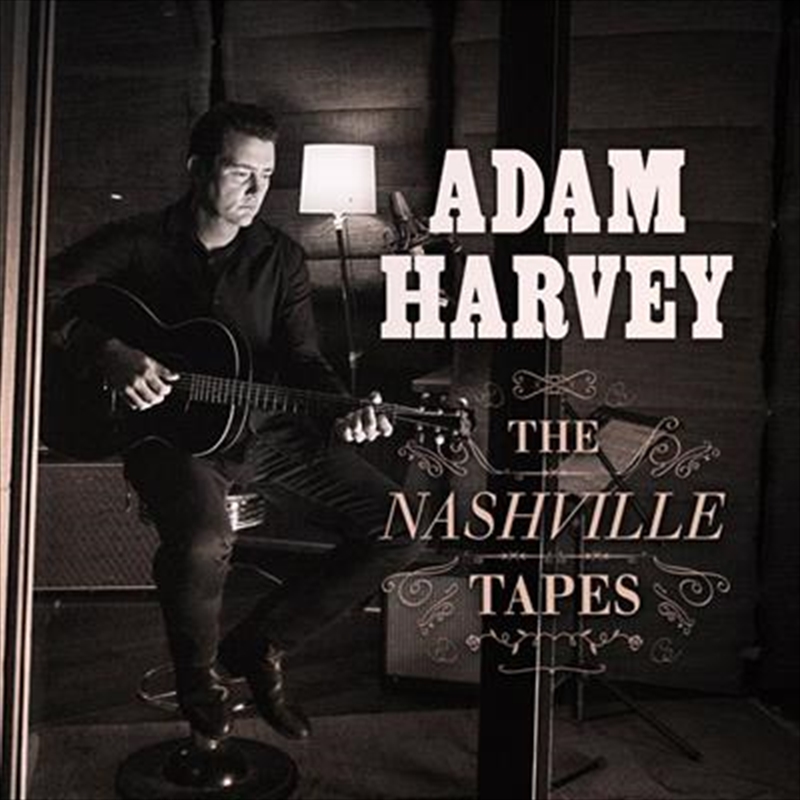 For celebrated entertainer and country music purist Adam Harvey, one musical era stands out head, hat and shoulders above all the rest: Nashville’s seminal 1970s Golden Age. Fulfilling a lifelong dream, Adam jetted off to the bright lights of the immortal Music City to record masterful 10th studio album The Nashville Tapes, armed with a brace of new songs couched in the classic country sounds that most capture his imagination.

Perhaps more than any of Adam’s stellar solo releases to date, The Nashville Tapes is a sweeping, personal celebration of the sounds that defined a generation: from the legendary outlaws to the first wave of global country megastars.

In making The Nashville Tapes, Adam and another longtime mate, producer Nash Chambers, assembled a crack team of Music City’s finest and most sought-after session players to assist in realising the album.

“Nash and I have been talking about recording an album together for as long as we’ve known one another,” Adam relates. “He’s well known for the stuff he’s done for Kasey, and he’s a mad, passionate traditional country fan. It felt like a really good fit to go and work there with him. Someone who knows and loves that classic 70s country.”

A deeply personal, powerfully reverent release not years but decades in the making, The Nashville Tapes is the masterwork of an all-time Australian country music legend.

1. Less of a Thinking Man

2. I'd Rather Be a Highwayman

5. Never Be Anyone Else But You

10. Anything You Want Me To