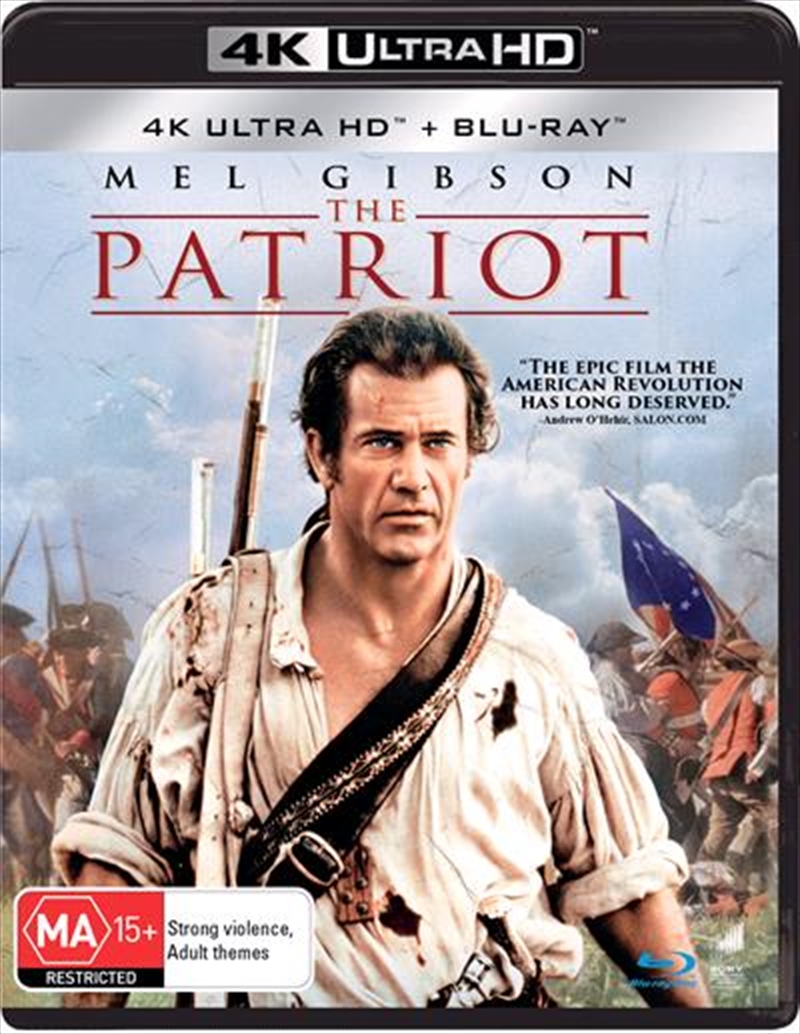 Some things are worth fighting for.

A reluctant South Carolina farmer (Mel Gibson) is forced to fight the British in this epic adventure of the American Revolution. After proving himself on the field of battle in the French and Indian War, Benjamin Martin wants nothing more to do with such things, preferring the simple life of a farmer. But when his son Gabriel enlists in the army to defend their new nation, America, against the British, Benjamin reluctantly returns to his old life to protect his son.
TRAILER
DETAILS