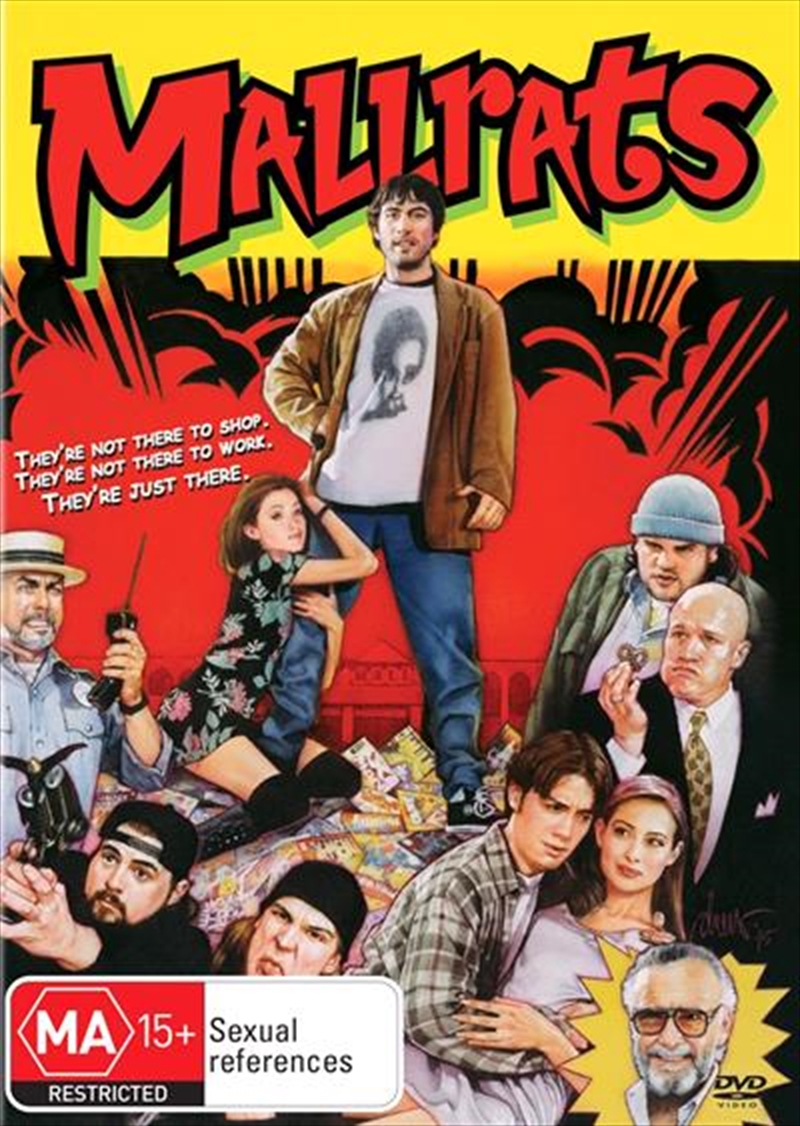 From Kevin Smith, the acclaimed director of Clerks, comes this outrageous story of two loafers, Jeremy London (The Babysitter) and Jason Lee, who spend way too much time hanging out in the mall. When Brodie (Lee) is dumped by his girlfriend, Shannen Doherty (Heathers, Girls Just Wanna Have Fun), he retreats to the mall with his friend T.S. (London), whose girlfriend has also left him. Between brooding and visits to the food court, the unmotivated twosome decide to win their girlfriends back with the help of the ultimate delinquents, Silent Bob (Kevin Smith) and Jay (Jason Mewes), whose continuing adventures take the word "nuisance" to a whole new level.
TRAILER
DETAILS