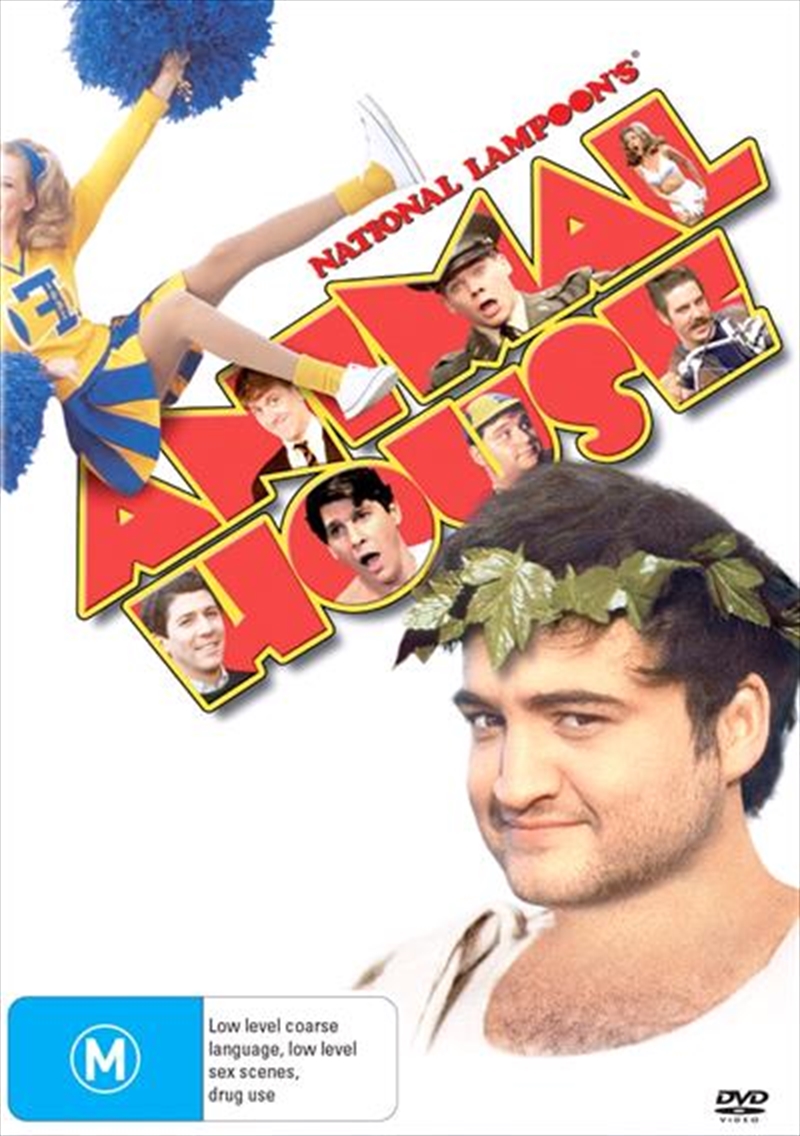 One of the most popular movie comedies of all time is also the film that made food fights an art form and John Belushi (from THE BLUES BROTHERS) a star. This raunchy, screwball comedy directed with madcap zest by John Landis (THE BLUES BROTHERS, THREE AMIGOS) offers a relentless spoof of 1960s college life by following the hilarious adventures of the Delta fraternity. There's nothing this motley collection of students won't do to get the best of Dean Wormer who secretly conspires to revoke Delta's charter. In addition to Belushi as the guitar bashing, beer bottle smashing, garbage eating Bluto Blutarsky, the outstanding cast includes head skirt-chaser Tim Matheson (from MAGNUM FORCE), innocent freshman Thomas Hulce (from AMADEUS), Stephen "Flounder" Furst (from SCAVENGER HUNT), Donald Sutherland (from BACKDRAFT) and John Vernon (from MOB STORY), along with Otis Day and The Knights with their show-stopping performance of "Shout".
TRAILER
DETAILS