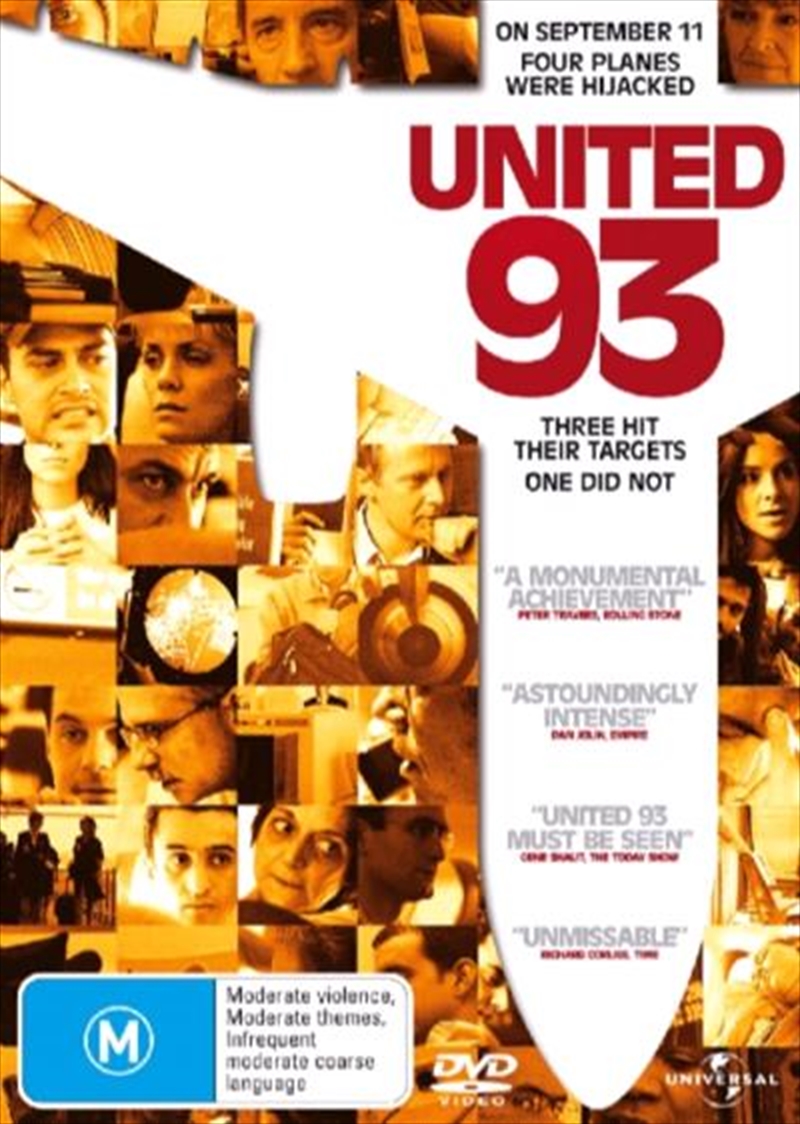 On September 11th, one of our darkest days in our history, 40 ordinary people sat down as strangers, and stood up as one.

A defining day in our history. It's an event that shook the world. Honest, unflinching and profoundly moving, United 93 tells the unforgettable story of the heroic passengers and crew members who prevented the terrorists from carrying out their plans for the fourth hijacked plane on September 11, 2001. As on-ground military and civilian teams scrambled to make sense of the unfolding events, forty people sat down as strangers found the courage to stand up as one.
TRAILER
DETAILS