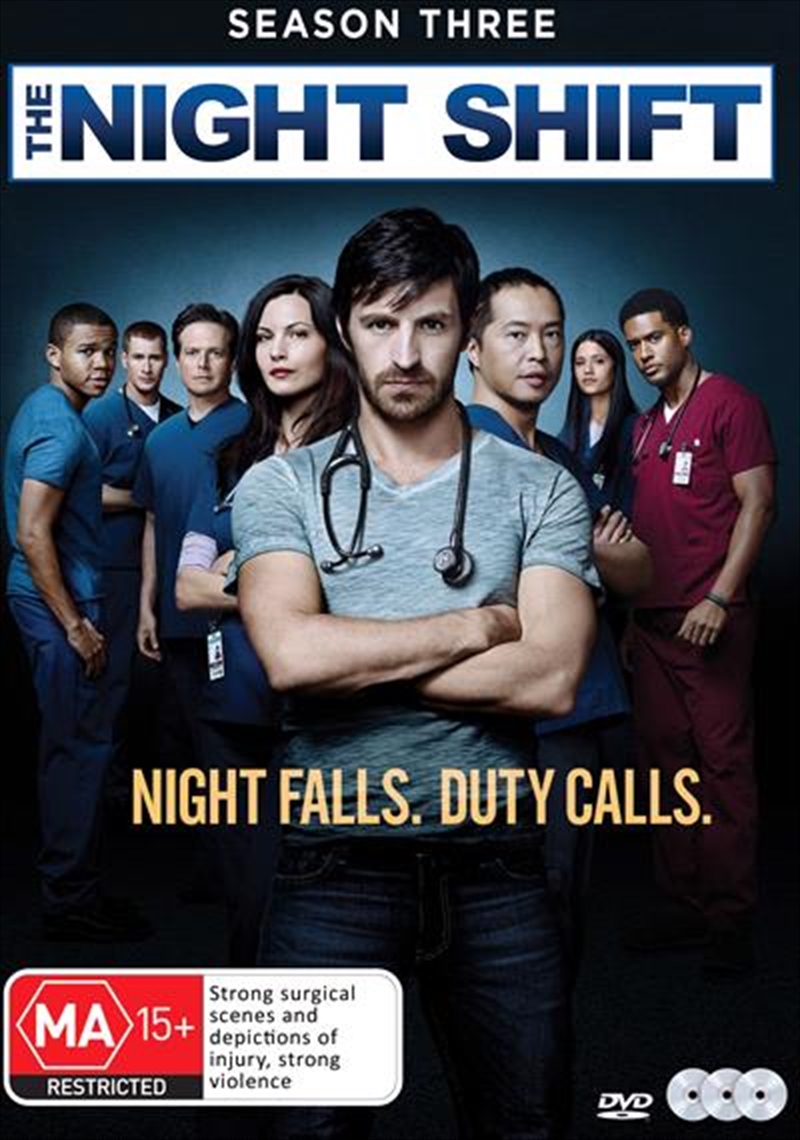 The Night Shift Season Three picks up four months after the Season Two finale, and the crew is navigating wildly different paths. Relationships are changing, new doctors are arriving and everyone is looking at their lives from a fresh perspective. As TC and Jordan still struggle with the line between their personal and professional relationship, our heroes throw themselves into their life-saving work.