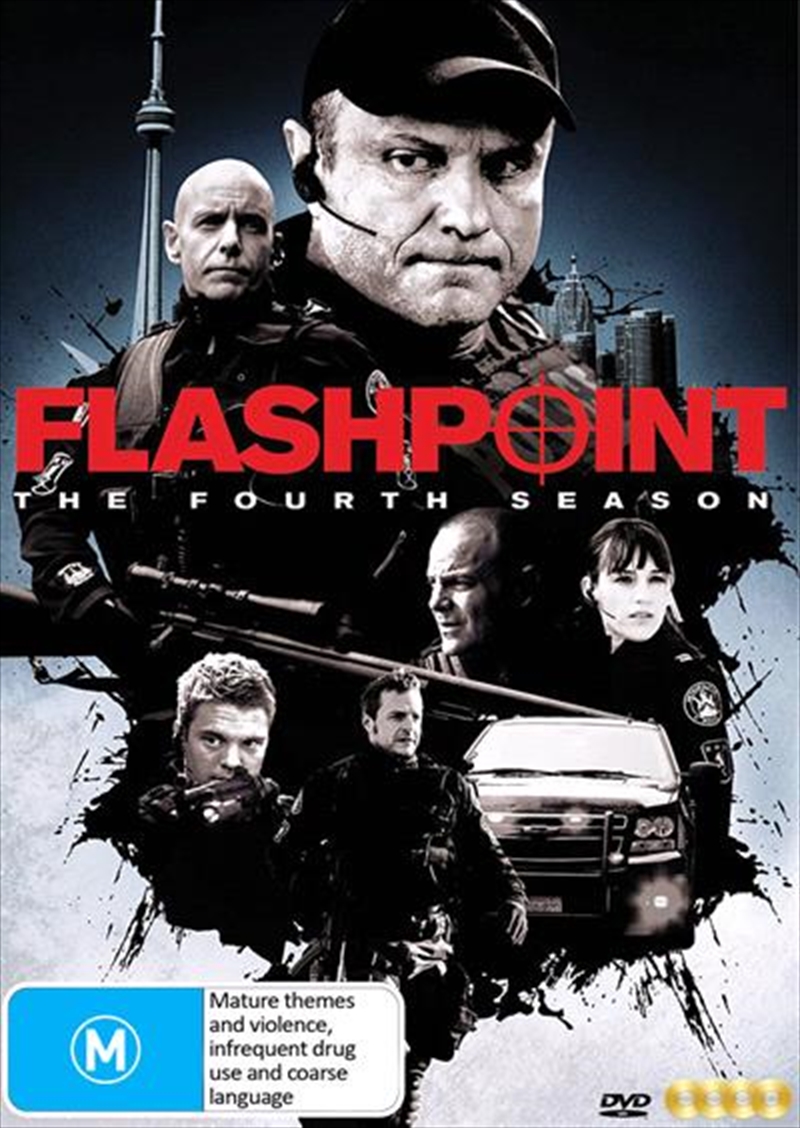 Flashpoint is a drama which depicts the emotional journey into the tough, risk-filled lives of a group of cops in the SRU (inspired by Toronto's Emergency Task Force). The fourth season digs deep into the personal lives of the SRU team. The team is given its yearly review and fear one of their own will be let go (Faultlines). While on a date, Jules and Steve discover a hostage situation in progress at a neighborhood restaraunt (Terror). In Personal Effect Ed's wife goes into labor. And a deeply divided Team One must confront a rioting crowd in Good Cop.
DETAILS