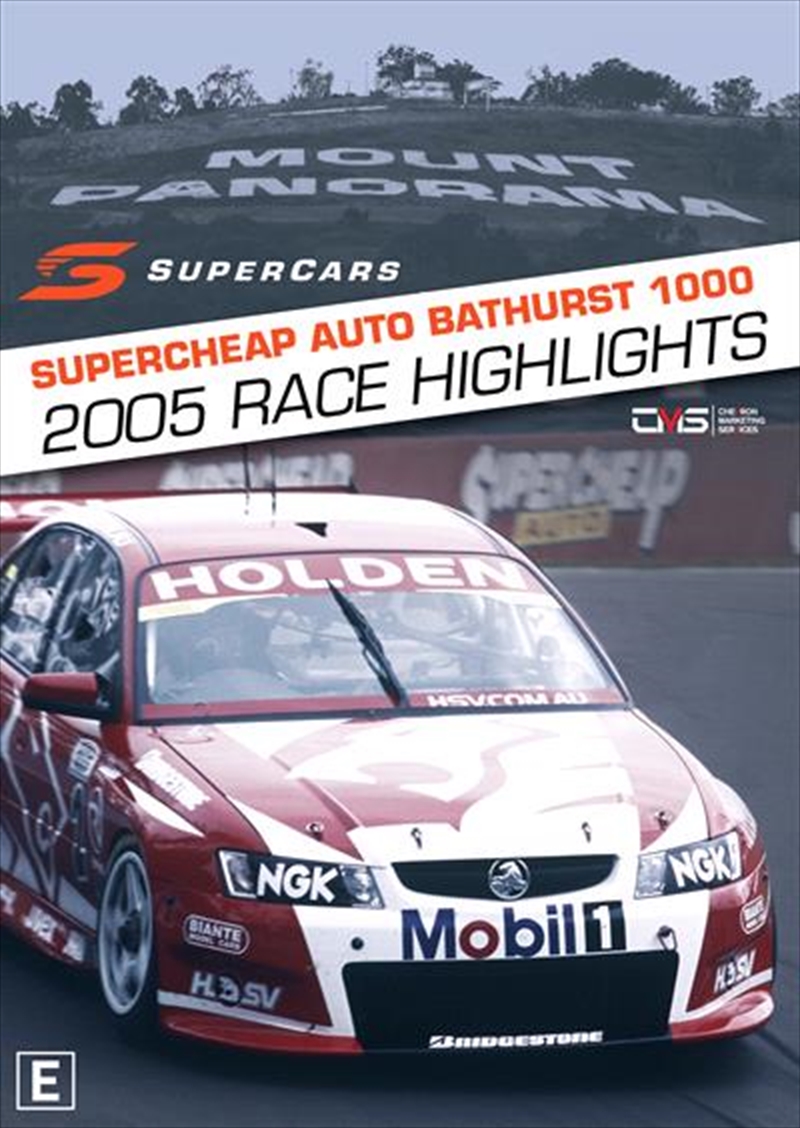 Supercheap Auto Bathurst 2005 Highlights - With heated clashes on and off-track and an unforgettable 11-lap dash to the finish line, the 2005 Super Cheap Auto 1000 will go down in history as one of the great Australian sporting classics. The race has been described by many as the best ever. Relive the drama of lap 144 when a fiery clash erupted between Marcos Ambrose and Greg Murphy. It not only ended their own races but resulted in mass carnage and a face off between the two great rivals.The Mountain also tested the skills of Craig Lowndes after a loose tyre crashed into his windscreen, and few will forget the controversial drive-through penalty against Ambrose for not wearing a balaclava. This action packed compilation also celebrates the triumph of V8 Supercar racings most decorated driver, Mark Skaife, as he wins his fifth Bathurst title with team mate Todd Kelly who, on his 26th birthday, took home his maiden crown. All these unforgettable moments and more are featured in this historic event in one of the toughest and most exciting races on the V8 Supercar calendar the Super Cheap Auto 1000, Bathurst.
DETAILS