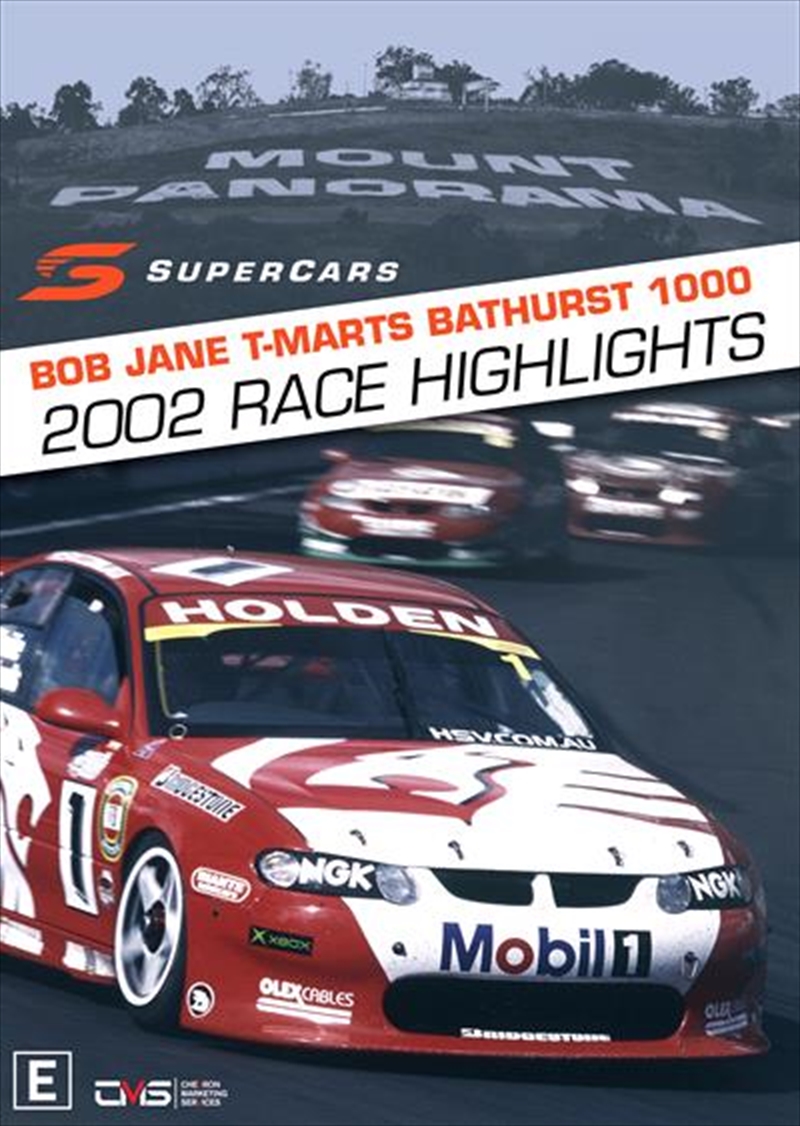 2002 BOB JANE T-MARTS 1000 BATHURST HIGHLIGHTS - Mark Skaife took his fourth Bathurst win with only a few seconds to spare as he nursed home his Holden Racing Team Commodore, its engine badly overheating towards the end of the race. Skaife had taken a superb pole position on Saturday, but he and co-driver Jim Richards did not have an easy ride to victory on Sunday. At the start they had to fight against the impressively fast OzEmail Ford of Brad Jones and John Bowe which led the early laps, and then against the Kmart Commodore of Greg Murphy/Todd Kelly, the Castrol Commodore of Larry Perkins/Paul Dumbrell and finally the sister Castrol car of Steven Richards/Russell Ingall. Richards pushed Skaife all the way to the flag, but Skaiffe kept a cool head while his car overheated and kept his challenger at bay. This was the race that also featured the historic return of Peter Brock to Bathurst, but sadly the King of the Mountain was unable to make it 10 Bathurst wins. It was an epic contest held in trying conditions that included rain, hail and shine the video highlights presentation of the 2002 Bob Jane T-Marts 1000 at Bathurst is one certainly not to be missed.
DETAILS