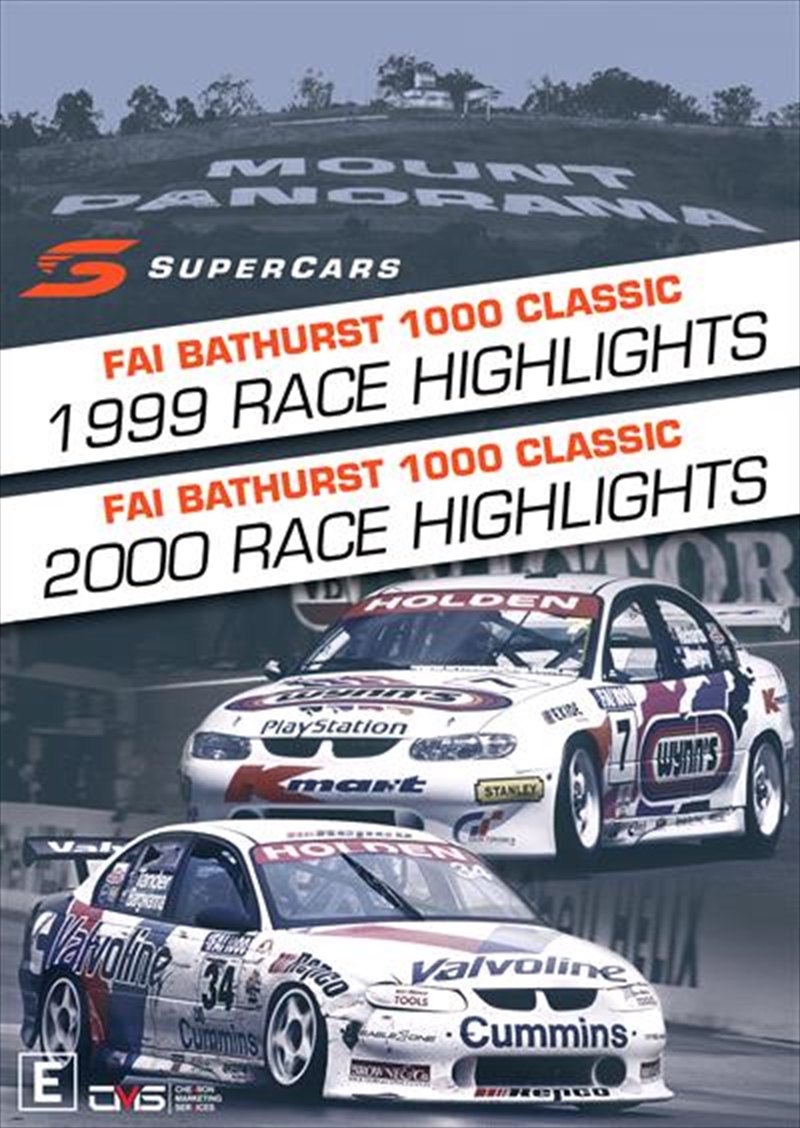 FAI 1000 Classic Mt Panorama Bathurst 1999 Highlights - The V8 Supercars grand finale began with crashes and carnage, built through the emotion of Dick Johnsons final race, and seemed to have reached a peak when Paul Radisich hit the lead with 20 laps to the flag.But then Radisich punctured, leaving Steven Richards and Greg Murphy with a clear run in the VT Commodore. They rattled through to claim their second win back-to-back for Richards after last years victory and the latest triumph for veteran team boss Fred Gibson, who last won in 1992 with Jim Richards and Mark Skaife. The Holden Racing Team swept the minor places, Craig Lowndes and Cameron McConville taking second and enough points to clinch Lowndes third Shell Championship Series and Mark Skaife and Paul Morris in third.
FAI 1000 Mt. Panorama Bathurst 2000 Highlights - The FAI 1000 at Bathursts Mount Panorama is the pinnacle of the Australian motor racing scene, the one event that every driver wants to win more than any other. The 2000 race will be remembered as the day of the Big Wet, with the Bathurst region being deluged by rain that began earlier in the week and continued right through until race day.Conditions were appalling but through it all came Jason Bargwanna and Garth Tander to win in their Valvoline/Cummins Commodore, only a few seconds clear of the Shell Falcon of Paul Radisich and Jason Bright. Third place went to the previous years winners, Greg Murphy and Steven Richards, Murphy struggling with a dying car in the closing stages as Shell Falcon driver Steven Johnson applied the pressure.As usual, Bathurst had everything from the elation of victory for Bargwanna and Tander to the despair of defeat for Tony Longhurst, who crashed while leading near the end of the race.