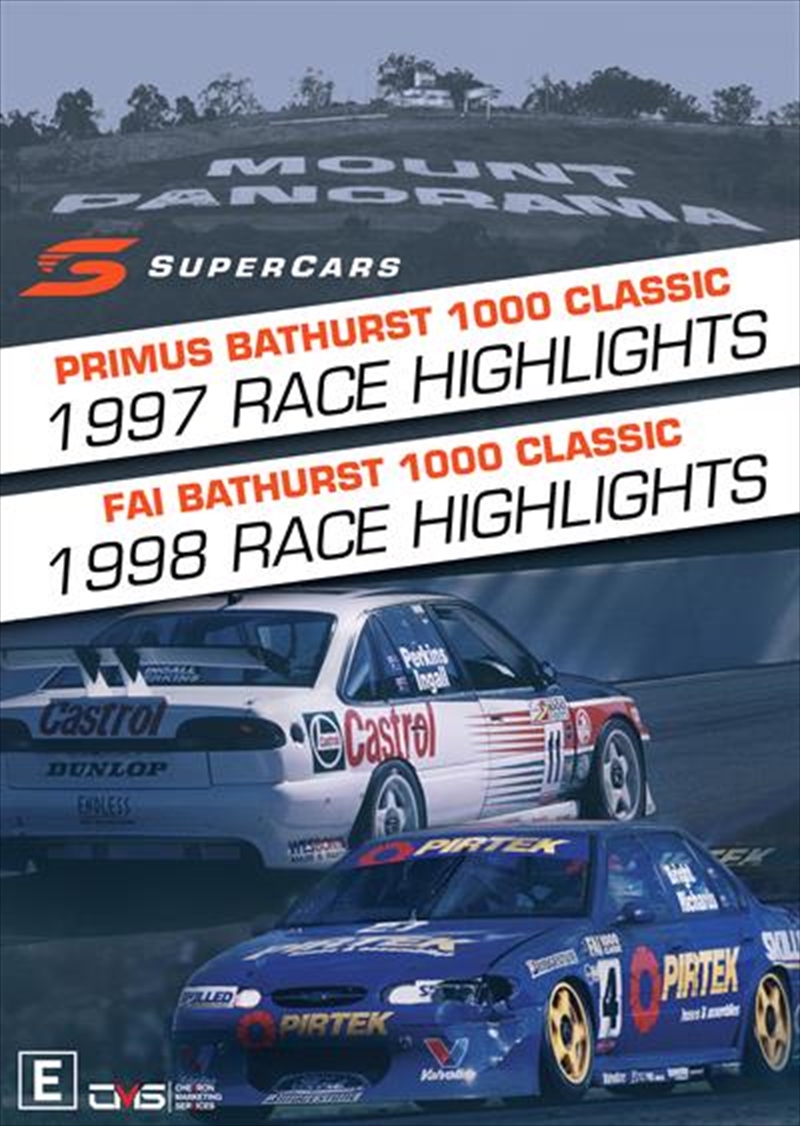 Primus 1000 Classic 1997 Race Highlights - In front of the largest crowd ever at Mt Panorama, and the largest field of V8s to run at the mountain (43 cars) Perkins and Ingall captured the Primus 1000 Classic as their rivals fell by the wayside. Amidst mayhem and carnage, the Castrol Commodore duo maintained the kind of pace which saw many of the pre-race favourites wilt and perish under pressure. Perkins triumphed in one of the most amazing races ever seen at Mt Panorama, his Castrol Commodore surviving while only four of the top ten qualifiers managed o finish Primus 1000 Classic. Just 11 seconds behind Perkins came father and son duo Steve and Jim Richards in the Valvoline Commodore a team which runs on a shoe-string budget but managed to outrun and outlast the big spenders.
FAI 1000 Classic Mt Panorama Bathurst 1998 Highlights - In what really was a victory against the odds, and defying the theory that only years of experience can produce a Bathurst triumph, Bright and Richards brought home their Pirtek-backed Ford Falcon to claim the greatest prize in V8 racing in front of a near record crowd of 47,000 The Pirtek Falcon shot into the lead on lap 131, and aside from losing it briefly during a pitstop 17 laps later, was never headed again. The Bright/Richards Falcon beat home the Castrol Commodore of last years winners Larry Perkins and Russell Ingall by a decisive 10 seconds. For two thirds of the race the lead Holden racing team Commodore of Mark Scaife and Craig Lowndes had been the class act of the race, leading the event at will and showing the kind of speed that its rivals simply couldn't match.