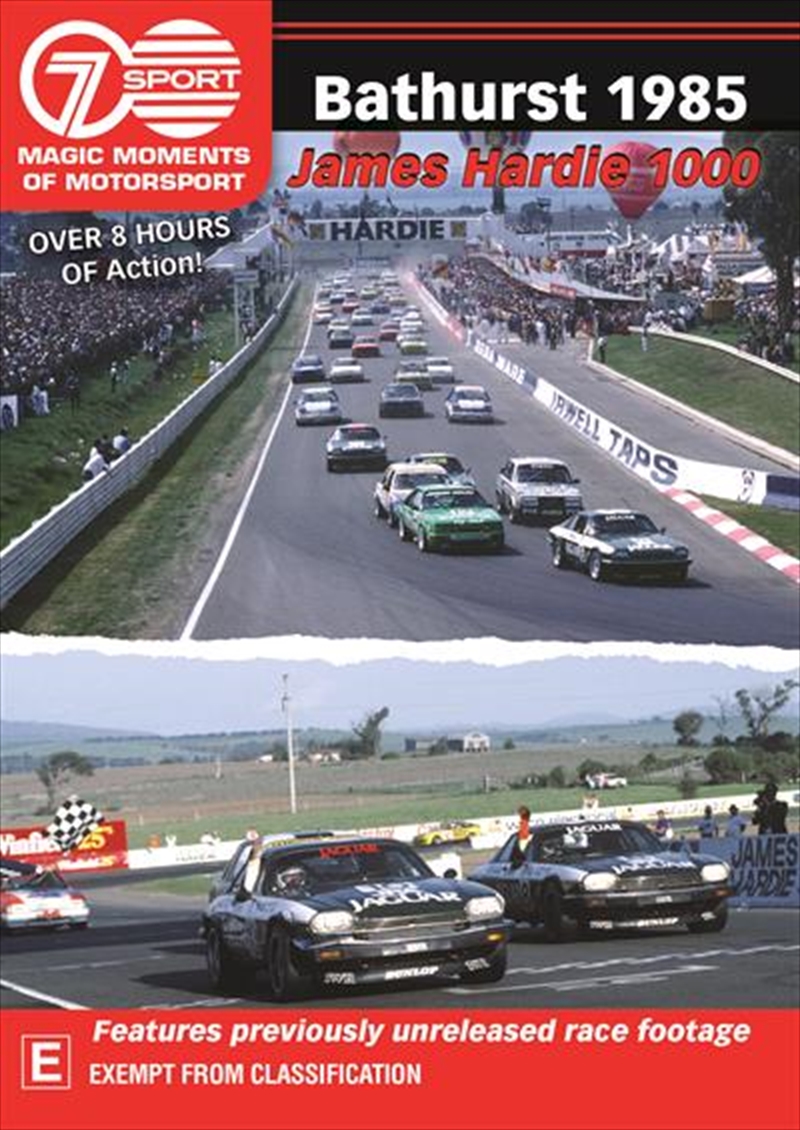 THE 1985 James Hardie 1000 at Mount Panorama, Bathurst really did mark the beginning of Australia versus the world and now, for the very first time, the full Seven Sport telecast has been released here as part of the popular Seven Sports Magic Moments of Motorsport DVD series.The 1985 race saw the beginning of Group A international touring car regulations, pitting Holdens locally-produced Commodore against a range of international cars including V12 Jaguars, turbocharged Volvos and Mitsubishis, V8 Mustangs and Rovers, not to mention the gorgeous thoroughbred BMWs.Included on this release is the full race day telecast, including the pre-race festivities, a Nissan Pulsar support race and then the main course, the 163-lap Mountain classic. This release also includes a range of unseen vision too. We have included on this DVD the race action that unfolded while television viewers of the day were busy watching commercials!