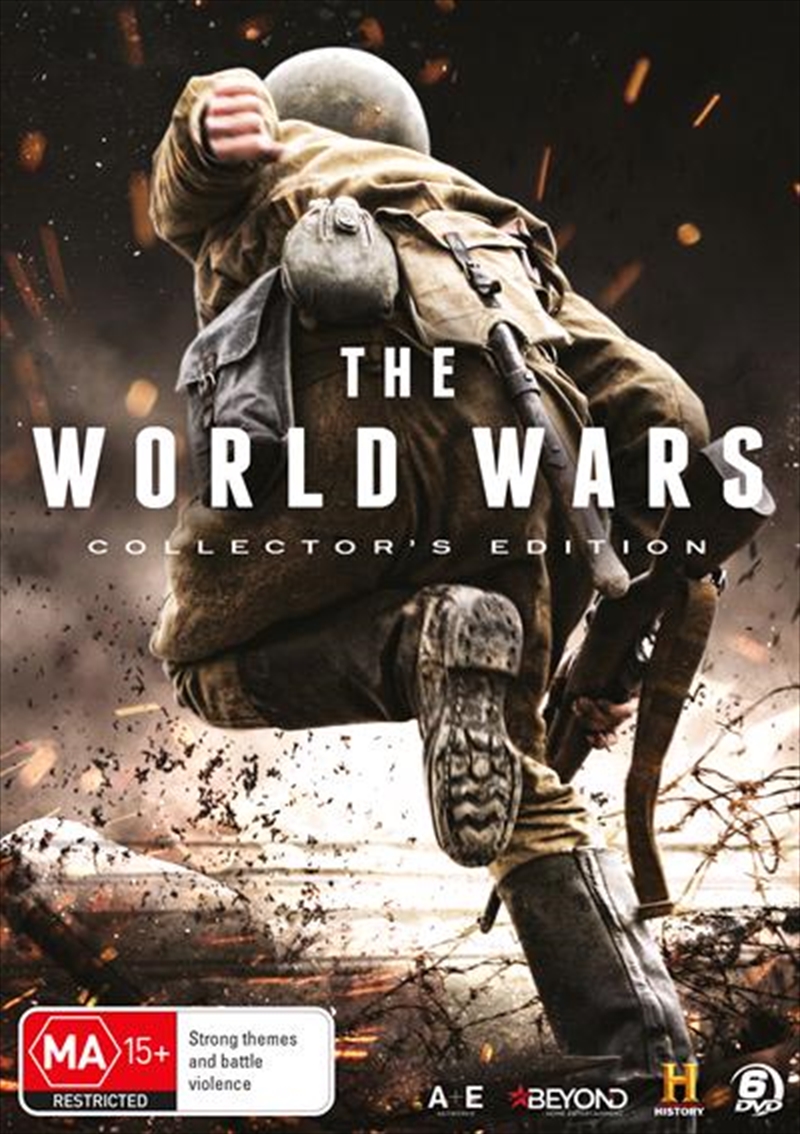 THE WORLD WARS MINISERIES - Adolf Hitler. Franklin Delano Roosevelt. Benito Mussolini. Winston Churchill. Charles de Gaulle. George Patton. Before they were the giants of WWII, they were infantrymen and privates in WWI, the war to end all wars. Follow the groundbreaking story of the devastating three decades of 20th-century world war through the eyes of the men whose characters were forged in the trenches before they commanded a world on the brink of disaster.
WWI: THE FIRST MODERN WAR - This documentary series brings the legendary, unrecorded events of WWI to life to create a seamless account of how people born into a simpler age learned to deal with the future shock of rapid technological advances driven by the engine of total war. Through experts, eyewitness testimony, riveting archive and special recreations seamlessly blended into an archival background, each episode features the story of one of these weapons.
WWII LOST FILMS: CRITICAL BATTLES - In the critically acclaimed WWII in HD: The Air War, witness the devastation of the Blitz in Britain to the final dogfights over Europe. D-Day: Lost Films showcases one of the most important turning points of WWII 5,000 Allied ships landing over 160,000 soldiers across a 50 mile stretch of Normandy beaches. In the special WWII in HD: The Battle Of Iwo Jima presents an immersive look at this momentous battle using gloriously-restored, full-colour footage.